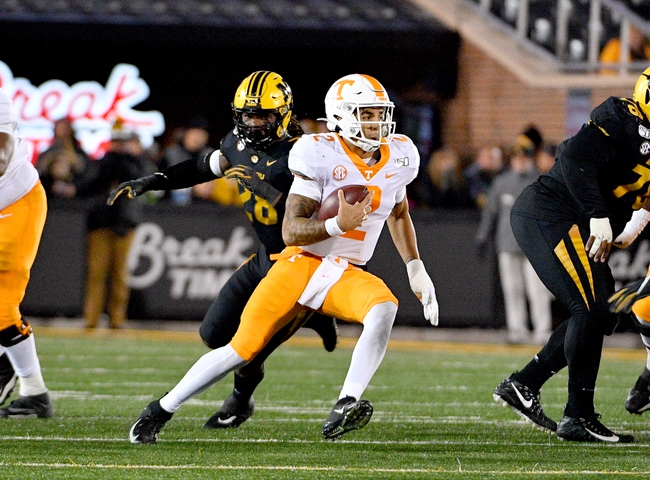 Riley Neal has thrown for 1,446 yards, eight touchdowns and five interceptions for Vandy. The leading rusher is Ke’Shawn Vaughn with 1,015 yards and nine touchdowns. Kalija Lipscomb leads all receivers with 468 yards and two touchdowns. Dimitri Moore is the leading tackler for the Commodores with 88.

Tennessee improved to 6-5 with a 24-20 victory over Missouri. The win gave Tennessee bowl eligibility. Jarrett Guarantano passed for 415 yards with two touchdowns. The win was Tennessee’s fourth straight. Josh Palmer caught six passes for 124 yards, while Jauan Jennings caught five passes for 115 yards and a touchdown.

The UNDER has cashed in 6 of the Commodores last 8

The UNDER has cashed in 5 of the Volunteers last 6