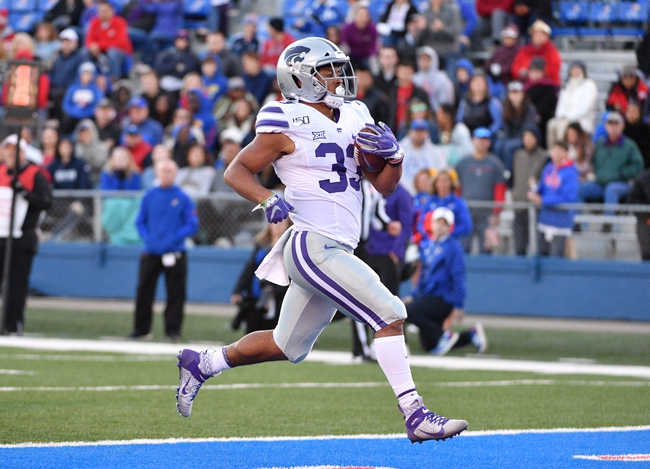 Two teams still holding onto hopes of the Big 12 Conference title game head into action against each other in a virtual elimination game when the No. 20 Kansas State Wildcats (6-2; 3-2 Big 12) head to Royal Texas Memorial Stadium in Austin to face the Texas Longhorns (5-3, 3-2 Big 12) on Saturday. The loser, with three losses, would all but be eliminated from conference title contention.

While those hopes are most likely thrilling for Kansas State, a team that entered the season with modest expectations, those same hopes are probably only frustrating for Texas, who came into 2019 with higher goals than just the Big 12 title game. An early one-touchdown loss to LSU put a damper on the Longhorns’ chances, and another one-touchdown loss to Oklahoma a month later put an end to any hopes at the college football playoff. But a third loss to TCU last week with Kansas State, Iowa State, Baylor, and Texas Tech still on the schedule puts a sub-.500 record into the realm of possibility, something that would have been absurd to consider at the beginning of the season.

Texas is led by hometown junior quarterback Sam Ehlinger, who ranks No. 11 in FBS in passing yards per game at just less than 300 with 23 touchdowns to go along with just seven interceptions. His 77.7 quarterback rating is also 16th in FBS. Senior receiver Devin Duvernay is 13th in FBS with 800 yards on 69 receptions and seven touchdowns. He was especially good in last week’s 37-27 loss to TCU when he caught eight passes for 173 yards and a touchdown.

Kansas State has caught fire after two midseason losses against top competition. After the Wildcats lost to Oklahoma State and Baylor, they knocked off TCU and then-No. 5 Oklahoma by a touchdown apiece, then went on the road to crush in-state rival Kansas 38-10. While nothing is easy in the Big 12, the remainder of Kansas State’s schedule is favorable compared to Texas, with home games against West Virginia and Iowa State and a road battle at Texas Tech. A win this week could be the first step to the Wildcats sneaking in the back door into the Big 12 Championship.

While Texas will look to move the ball through the air, Kansas State is a ground and pound team. The Wildcats rank 23rd in FBS rushing for 217.3 yards per game and are led by senior running back James Gilbert who is averaging 5.6 yards per carry with 558 yards on 110 carries and five touchdowns. Junior quarterback Skylar Thompson will cause nightmares for defenses with his athleticism and he led the team in rushing in 127 yards and three touchdowns on the ground on just 17 carries.

This game is in Austin, but the Longhorns have faced two ranked opponents at home already this season in LSU and Oklahoma and lost to both of them outright. In addition, Texas is only 4-4 against the spread this year while Kansas State is 6-2. It’s hard to imagine this game being anything but close and with the Wildcats holding some strong momentum at this point in the season, take them plus almost a touchdown.