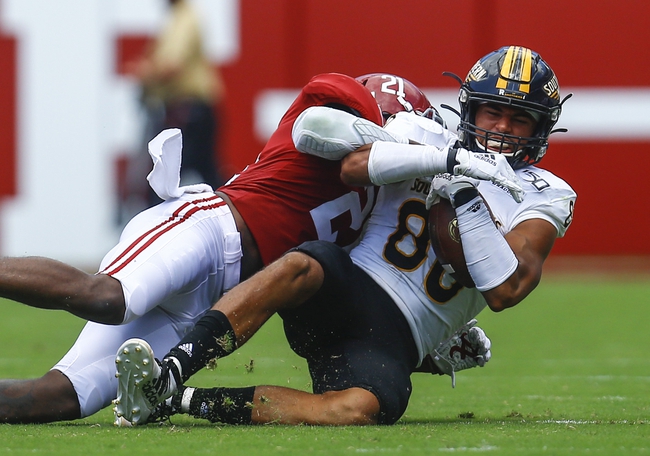 On Saturday, the Southern Mississippi Golden Eagles visit the Alamodome in San Antonio, Texas to play the UT-San Antonio Roadrunners. The Golden Eagles improved to 6-3 on the season following a 37-2 victory over the UAB Blazers. Andrew Stein booted three field goals while DQ Thomas added a 55-yard pick-six as the defense shut down the Blazers offense.

Jack Abraham has thrown for 2,634 yards, 15 touchdowns and nine interceptions to lead Southern Miss. The leading rusher is Kevin Perkins with 444 yards and two touchdowns. Quez Watkins leads all receivers with 784 yards and four touchdowns. Ky’el Hemby is the leading tackler for the Golden Eagles with 63.

UTSA rallied late to beat Old Dominion 24-23 and improve to 4-5 on the season. Lowell Narcisse tossed an 11-yard touchdown pass to tie the game and Hunter Duplessis kicked the extra point to win as the Roadrunners came from behind to defeat the Monarchs. UTSA improved to 3-2 in the West division of the Conference-USA with the win.

Lowell Narcisse has thrown for 815 yards, four touchdowns and three interceptions for UTSA. The top running back for the Roadrunners is Sincere McCormick with 747 yards and eight touchdowns, while Carlos Strickland leads all UTSA receivers with 258 yards and two touchdowns. Andres Martel is the leading tackler for UTSA with 61.

The OVER has cashed in 3 of the Roadrunners last 4