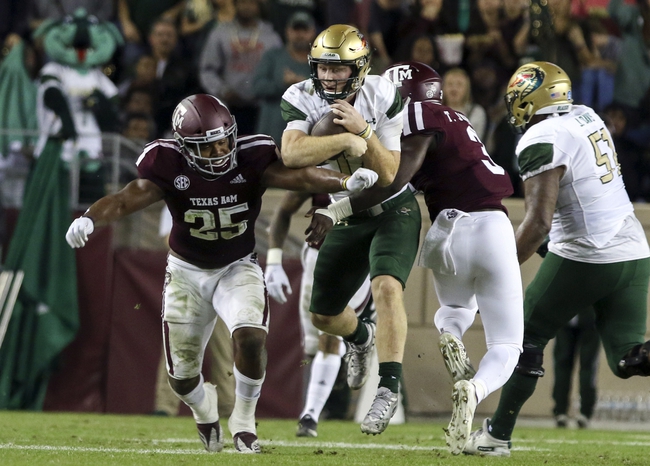 On Saturday, the UAB Blazers visit the Alamodome in San Antonio, Texas to play the UTSA Roadrunners. The Blazers improved to 4-1 on the season following their 35-20 victory over Rice on Saturday. Tyler Johnson III threw for 282 yards and three touchdowns while Lucious Stanley rushed for two TDs in the Blazers victory in Conference-USA play.

UTSA improved to 2-3 following its 26-16 victory over UTEP on Saturday. Lowell Narcisse rushed for 115 yards and accounted for a pair of Roadrunners’ touchdowns in the victory, while passing for 46 yards. Sincere McCormick rushed for 189 yards including a 51-yard touchdown gallop with four minutes remaining to help lead the Roadrunners to the win.

Tyler Johnston III has thrown for 1,209 yards, 11 touchdowns and eight interceptions for UAB. Spencer Brown leads the Blazers in rushing with 262 yards and three touchdowns, while Austin Watkins is the leading receiver with 367 yards and four touchdowns. The leading tackler for UAB is Kristopher Moll with 34.

Lowell Narcisse has thrown for 179 yards, one touchdown and two interceptions for UTSA. The top running back for the Roadrunners is Sincere McCormick with 439 yards and four touchdowns, while Carlos Strickland leads all UTSA receivers with 88 yards and one touchdown. Andres Martel is the leading tackler for UTSA with 34.

The UNDER has cashed in 19 of the Blazers last 28

The UNDER has cashed in 5 of the Roadrunners last 7

UAB has the much more balanced attack on offense with a strong running game and passing game, while UTSA has very little passing attack and if the running game is shut down the offense becomes sluggish. The Blazers have covered the number in 8 of the last 10 following a win ATS and in 19 of the last 26 Conference-USA games. Final Score Prediction, UAB Blazers win and cover ATS 31-20