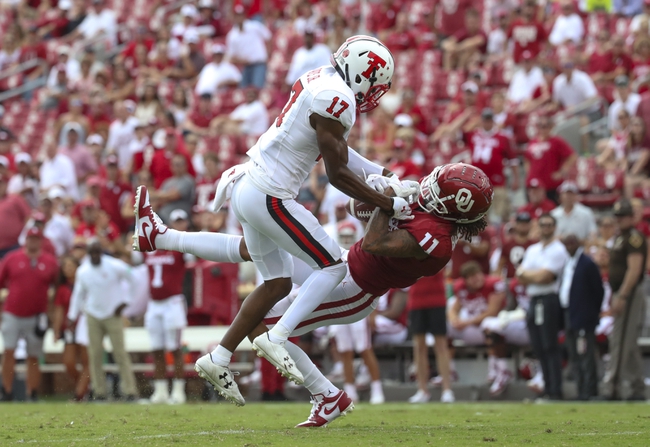 The Oklahoma State Cowboys are set to visit Jones AT&T Stadium in Lubbock, Texas for a Big 12 clash against the Texas Tech Red Raiders. The Oklahoma State Cowboys come into this matchup with a 4-1 record, and they will be looking to continue their success after winning their recent home game against the Kansas State Wildcats, 26-13. QB Spencer Sanders struggled to get much going through the air for the Cowboys as he threw for 153 yards, 1 TD, and 2 interceptions. RB Chubba Hubbard had a big game on the ground for Oklahoma State as he ran for 296 yards and 1 TD on 25 carries.

The Oklahoma State Cowboys were very good on the defensive side of the ball against the Kansas State Wildcats as they held them to 13 points and a total of 244 yards of offense.  Sophomore safety Tre Sterling led the way for the Oklahoma State with 7 tackles, 1 TFL, and a pass deflection. Junior DT Cameron Murray was able to get into the Kansas State backfield and contribute the lone sack of the game for the Cowboys.

The Texas Tech Red Raiders struggled on the defensive side of the ball against the Oklahoma Sooners as they allowed them to score 55 points and rack up a total of 644 yards of offense. Junior LB Riko Jeffers led the way for the Texas Tech defense with 7 tackles and 1.5 TFL. Junior DL Eli Howard was able to get into the Sooners backfield and contribute the lone sack of the game for the Red Raiders. Senior DB Douglas Coleman III hauled in the lone interception of the game for the Texas Tech defense.

The Oklahoma State Cowboys have dominated the number on the road against the Texas Tech Red Raiders as they have covered the spread in 4 of their last 5 meetings. The Oklahoma State Cowboys have been electric on the offensive side of the ball this season which could be accredited to their star RB in Chubba Hubbard who is a consistent 200-yard runner. The Red Raiders will once again be without their starting QB which makes this offense one-dimensional for the most part, and we saw the Cowboys step up in a big way on the defensive side of the ball against the Kansas State Wildcats. I expect the Cowboys young QB in Spencer Sanders to feel more confident against a bad Texas Tech defense.