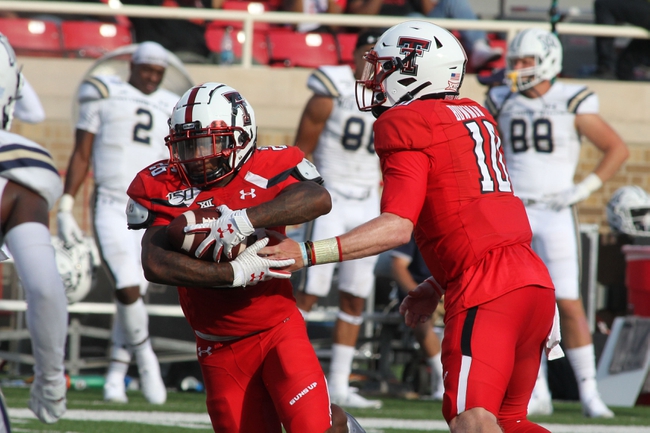 The UTEP Miners and the Texas Tech Red Raiders meet in a week 2 college football matchup from Jones AT&T Stadium on Saturday night.

The UTEP Miners come into this game looking for a huge road upset to add to their season-opening 36-34 win over Houston Baptist last time out. Brandon Jones threw for 268 yards, a touchdown and an interception on 10 of 20 passing while also rushing for 33 yards and a touchdown. Treyvon Hughes had a team-high 144 rushing yards and 2 touchdowns while Tre’Shon Wolf had a pair of catches for 96 yards and a touchdown. Defensively, UTEP combined for 3 sacks while Justin Rogers had a fumble recovery and Jayson VanHook had a team-high 6 tackles in the winning effort.

The Texas Tech Red Raiders will also look to build on a season-opening 45-10 win over Montana State last time out. Alan Bowman threw for 436 yards and 2 touchdowns on 40 of 55 passing while Armand Shyne led the Red Raiders with 125 rushing yards and a touchdown. SaRodorick Thompson added a pair of rushing touchdowns while Bowman had a rushing TD as well. Xavier White led the Red Raiders with 107 receiving yards and a touchdown while T.J. Vasher and Dalton Rigdon each added a team-high 6 receptions. McLane Mannix added a TD grab of his own. Defensively, Evan Rambo had a sack while Douglas Coleman III had a team-high 6 tackles in the winning effort.

I’d like to take a look at UTEP and the boatload of points but going shot for shot offensively with Houston Baptist is a whole heck of a lot different than going toe to toe with Texas Tech. The Red Raiders once again have a team that can put points up in bunches and I’m just not sure that UTEP can hang with Texas Tech here. It’s a thick line but this should be a Texas Tech blowout in the end so I’ll lay the points with the Red Raiders here.