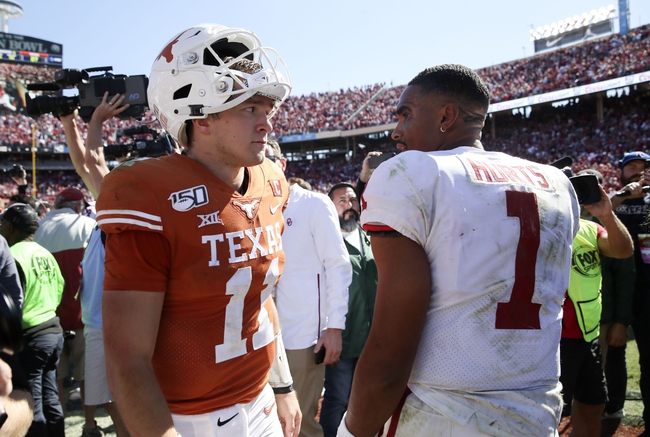 Kansas had a bye week this week and that should help the Jayhawks out quite a bit. The team was able to regroup nicely the last time they had a bye week and that should continue here. What else helps them out is they are facing a Longhorns team that was put to the test and failed by Oklahoma. Granted, the last game the Jayhawks had was against the Sooners as well, but it was one that started to brew the upset before they fell short.

Texas is coming into the game after a disappointing loss to the Sooners. The game was very close and it was one that could have went either way, but the Longhorns lost some of their discipline in the game. Now, the Longhorns should not have the pregame scuffle that they had against Oklahoma, but the rivalry is not nearly as big in this game as what it has been with the Sooners.

Kansas may not have much of a chance in this game. The one good bit of news is they should come into the game rested and ready to play against the Longhorns here. What else helps the Jayhawks out is the fact the Longhorns had a very difficult game in their last game against the Sooners any may be a little tired, but not so tired that they do not win the game. Final Score Prediction, Texas Longhorns win and cover 35-10.