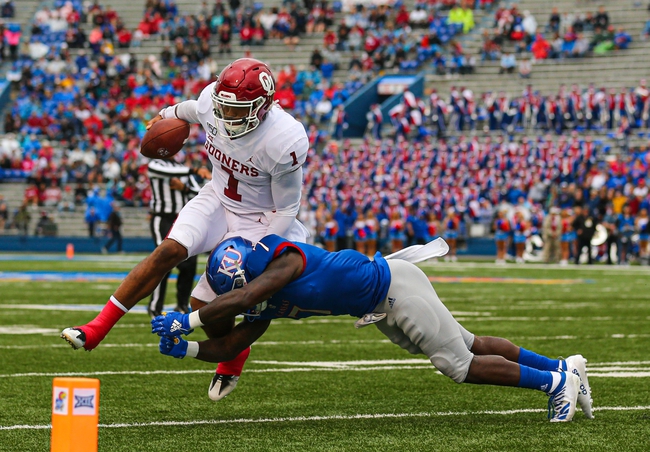 The No. 6 ranked Oklahoma Sooners visit the Cotton Bowl in Dallas Texas on Saturday for a Big 12 clash with the No. 11 ranked Texas Longhorns. Oklahoma improved to 5-0 on the season with a 45-20 win over Kansas. Jalen Hurts passed for 228 yards and a pair of touchdowns and ran for 56 yards and two more touchdowns. The Sooners quarterback is one of the favorites to win the Heisman Trophy.

Texas improved to 4-1 on the season with a 42-31 victory over the West Virginia Mountaineers. Sam Ehlinger passed for two touchdowns and rushed for another pair as the Longhorns converted three West Virginia turnovers into touchdowns. Texas is tied for the lead in the Big 12 at 2-0. The Longhorns are 13th in the nation in pointed scored per game at 41.8.

The OVER has cashed in 14 of the Sooners last 20

The OVER has cashed in 4 of the Longhorns last 5

This game features two strong quarterbacks with both having the ability to run or pass. Jalen Hurts will display much more athleticism and his scrambling and running abilities that will cause many problems for the Texas defense. The game will be played at the Cotton Bowl and although it is like a home game for the Longhorns it is not like playing at Darryl Royal Memorial Stadium in Austin and that takes away that advantage for Texas. Final Score Prediction, Oklahoma Sooners win and cover ATS 42-28