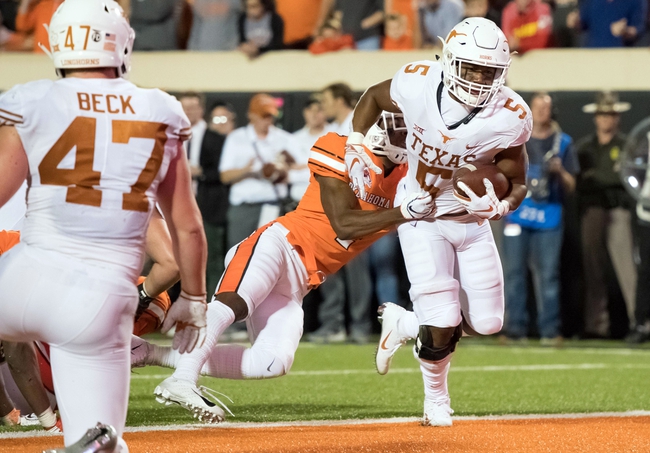 The Texas Longhorns need a victory here to build on their 2-1 start to the season. The Texas Longhorns have won six of their last eight home games. Sam Ehlinger is completing 73.2 percent of his passes for 956 yards, 11 touchdowns and zero interceptions. Ehlinger has three or more touchdown passes in five of his last nine games. Devin Duvernay and Brennan Eagles have combined for 472 receiving yards and six touchdowns while Jake Smith has 11 receptions. The Texas Longhorns ground game is averaging 148.3 yards per contest, and Keaontay Ingram leads the way with 181 yards and three touchdowns. Defensively, Texas is allowing 24 points and 417.3 yards per game. Caden Sterns leads the Texas Longhorns with 17 tackles, Joseph Ossai has one sack and DeMarvion Overshown has one interception.

The Oklahoma State Cowboys have covered six of their last seven games as an underdog of at least three points. The Texas Longhorns have failed to cover seven of their last 10 games as a favorite of at least three points. The Oklahoma State Cowboys already have two road victories this season and have been flawless offensively through two games. OK State has also won each of the last four meetings against Texas and seven of the last nine. While there's a lot here pointing toward the Cowboys and the points, I have more confidence in the Texas Longhorns, one of the more balanced rosters they've had in a few years. I'll lay the touchdown with the home team.