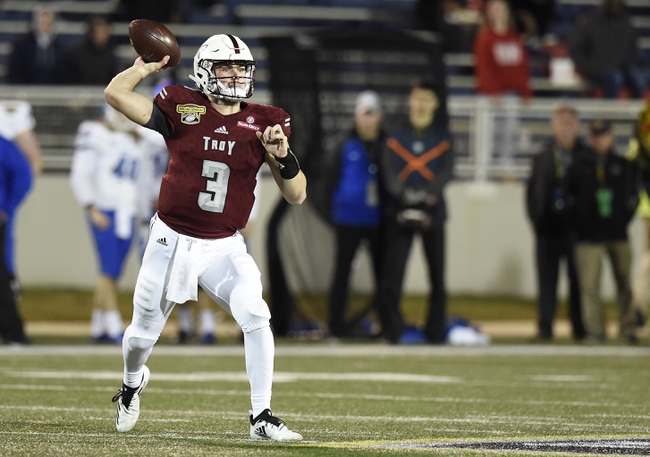 The Campbell Fighting Camels and the Troy Trojans will meet up on the college football field Saturday to kick off the season.

The Camels managed to go 6-5 overall last season, but posted a limp 1-4 mark in Big South play. That left Campbell in fifth place in the conference, one slot out of the basement.

In 2019, Campbell will once again be under the tutelage of head coach Mike Minter, who is entering his seventh season at the helm.

Over on the Trojans’ side, they’re fresh out of a 10-3 mark last year, going 7-1 in Sun Belt play. Troy finished in a tie with Appalachian State for the top spot in the East Division, but didn’t make the conference championship game due to a head-to-head loss.

Still, Troy earned a berth in the Dollar General Bowl last season and took care of business against Buffalo, taking a high-flying 42-32 victory in an exciting game.

By most accounts, the Big South should be dominated by Kennesaw State and Monmouth, which will leave Campbell to fight it out with Charleston Southern, Gardner-Webb and Hampton behind them. The conference games are going to be key for the Camels this season.

As for Troy, they’ve got a few teams to watch out for in the Sun Belt—most notably App State—but do have a clear path to the East championship if all goes well.

All things considered here, Troy is probably in a better position to come out strong. I’m going Trojans.