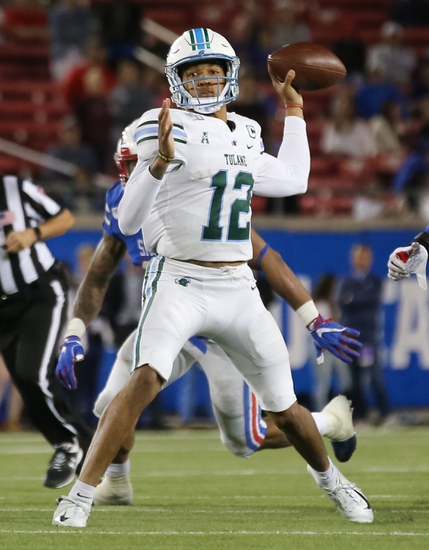 The Southern Mississippi Golden Eagles travel to Fort Worth, Texas on Saturday, January 4th for a game against the Tulane Green Wave in the Lockheed Martin Armed Forces Bowl.  Southern Miss finished their regular season with a record of 7-5 which was good enough for a 3rd place finish in the Conference USA’s West Division.  Golden Eagles quarterback Jack Abraham has thrown for 3,329 yards and 18 touchdown passes against 15 interceptions.  Southern Miss running back Kevin Matthews is the leading rusher for the Golden Eagles as he has carried the ball 102 times for 548 yards and 3 touchdowns.  The leading receiver for the Golden Eagles is Quez Watkins who has caught 55 passes for 1,024 yards and 5 touchdowns on the year.

The Tulane Green Wave will meet the Southern Mississippi Golden Eagles in the Armed Forces Bowl after finishing the regular season with a record of 6-6.  The Green Wave’s record was good enough for a 4th place finish in the American Athletic Conference’s-West Division.  Tulane quarterback Justin McMillan has thrown for 2,229 yards and 14 touchdowns against 10 interceptions.  McMillian is also the Green Wave’s leading rusher as he has carried the ball 152 times for 704 yards and 12 touchdowns.  Darnell Mooney is the leading receiver on the year as he has caught 45 passes for 670 yards and 5 touchdowns.