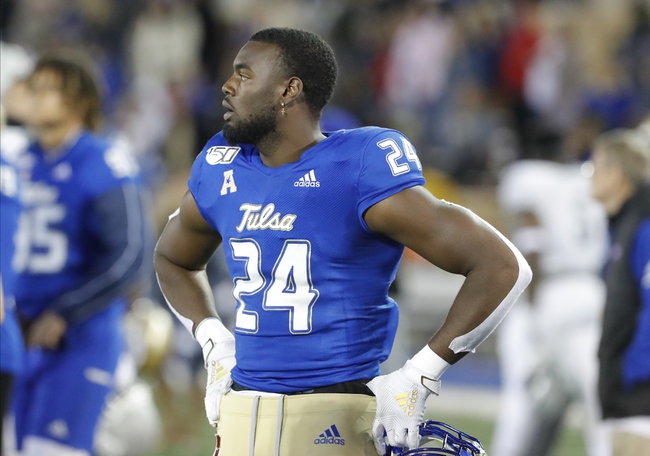 The Houston Cougars are set to visit Chapman Stadium in Tulsa, Oklahoma for an AAC clash against the Tulsan Golden Hurricanes. The Houston Cougars come into this matchup with a 3-7 record, and they will be looking to rebound after dropping their recent home game against the Memphis Tigers, 45-27. Sophomore QB Clayton Tune was only able to throw for 157 yards and a TD, but he did add in 65 rushing yards and a TD. Junior WR Marquez Stevenson was the top target for Tune and the Cougars as he hauled in 5 catches for 89 yards and a TD.

The Houston Cougars struggled on the defensive side of the ball against the Memphis Tigers as they allowed them to score 45 points and rack up a total of 531 yards of offense. Junior CB Damarion Williams led the way for the Houston defense with 9 tackles and 1 TFL. The secondary had a productive game for the Cougars as freshman safety Garrison Vaugh contributed 8 tackles and 2 pass deflections while sophomore Zamar Kirven hauled in the lone interception of the game.

The Tulsa Golden Hurricanes come into this matchup with a 3-7 record, and they will be looking to continue their success after winning their recent home game against the UCF Knights, 34-31. Junior QB Zach Smith had a solid game through the air for Tulsa as he connected on 10 of his 14 pass attempts for 127 yards and a TD. Junior RB Shamari Brooks was bottled up by the UCF defense as he only compiled 69 yards and a TD on 24 carries.

The Tulsa Golden Hurricanes struggled on the defensive side of the ball against the UCF Knights as they allowed them to score 31 points and rack up a total of 457 yards of offense. Senior safety Cristian Williams led the way for the Tulsa defense with 10 tackles and 1 interception. Senior CB Reggie Robinson II had a productive game from the secondary for the Golden Hurricanes as he contributed 5 tackles, 3 pass deflections, and 1 interception.

The Tulsa Golden Hurricanes are coming off a program changing win as they beat the UCF Knights, and they should be able to continue their momentum against a Houston team that has hit the reset button. The Houston Cougars have been awful on the defensive side of the ball this season as they rank 113th in points allowed, and Tulsa has a ground game that can break loose. RB Shamari Brooks has been one of the top backs in the conference this season as he has compiled 822 yards and 6 TDs, and Houston won’t have an answer for him. Expect Tulsa to continue their winning ways with a game-winning TD late in the 4th quarter.