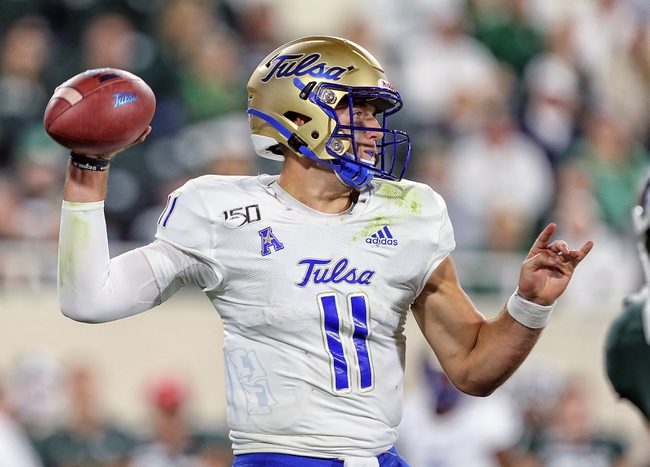 The Line: Tulsa -4.5 -- Over/Under: Click to Get Latest Betting Odds

The Wyoming Cowboys look for their second road victory to improve to 4-0 on the season. The Wyoming Cowboys have split their last six road games. Sean Chambers is completing 39.1 percent of his passes for 245 yards, zero touchdowns and one interception. Chambers has three touchdown passes on 71 career pass attempts. Jackson Marcotte and Gunner Gentry have combined for 102 receiving yards on four catches while Raghib Ismail Jr. has two receptions. The Wyoming Cowboys ground game is averaging 241.3 yards per contest, and Trey Smith leads the way with 222 yards and three touchdowns. Defensively, Wyoming is allowing 20.3 points and 428 yards per game. Logan Wilson leads the Wyoming Cowboys with 35 tackles, Garrett Crall has three sacks and Tyler Hall has one interception.

The Wyoming Cowboys have split their last 10 games ATS as an underdog. The Tulsa Golden Hurricane have split their last 14 games ATS as a favorite. Wyoming has found ways to win all three games up to this point, but the lack of success through the air is going to catch up the Cowboys eventually. Tulsa held its own against Oklahoma State last week and playing two games against teams out of its league will only help this team improve as the season drags out. I expect the real Tulsa team to show up this week. I'll lay the reasonable chalk with the Golden Hurricane at home.