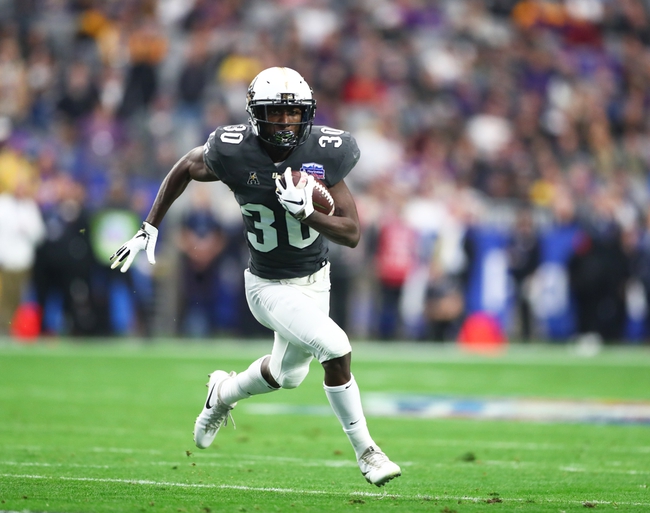 The Florida A&M Rattlers are coming off a 6-5 record but finished the year with three straight losses. The Florida A&M Rattlers have split their last four road games. Coach Willie Simmons clearly has this program heading in the right direction despite just one season, as six victories were the most the Rattlers have seen since 2011 when Joe Taylor was leading the charge. Florida A&M is going to have some holes on the offensive line and lost some key players on defense, but the return of quarterback Ryan Stanley will be enough to keep this team competitive. Last year, Stanley threw for 2,519 yards and 17 touchdowns while completing 59.9 percent of his passes. An experienced and effective quarterback can go a long way to covering up weaknesses in other areas. The Florida A&M Rattlers have a fighting chance in every game they play this season.

The UCF Knights watched their winning streak come to an end against the LSU Tigers in the Fiesta Bowl, but 12 wins under coach Josh Heupel proved that this program is going to be just fine without Scott Frost. The UCF Knights haven’t lost a home game since December of 2016. UFC should once again be a force with playmakers such as Greg McCrae, Adrian Killins, Gabriel Davis and Tre Nixon returning, and the Knights have two capable quarterbacks in Darriel Mack and Notre Dame transfer Brandon Wimbush. UCF will have to improve its run defense from a year ago, but the return of leading tackler Richie Grant and defensive back Nevelle Clarke gives the Knights one of the more underrated secondarys in the country. Look for defensive lineman Brendon Hayes to also take another step in the right direction, as he’s coming off a productive 44 tackle and three sack season.

The UCF Knights have clearly the better team, but this is a ton of points to lay in a season opener where games are often sloppy. This is also a game that should peak the interest of the Florida A&M Rattlers, as it's not only a rare national TV game for them, but it's an in-state game, so there's a lot of guys on both sides who know each other and are playing for bragging rights. Football roots run deep in Florida, so you can expect a battle. It's obviously a comfortable win for the home team, but I'll take a shot with the Rattlers and the free points.