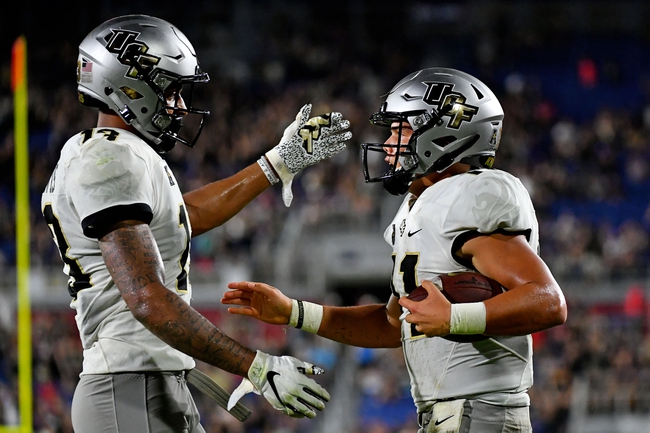 The UCF Knights look for a 3-0 start to the season with what would be their most impressive win yet. The UCF Knights haven’t lost a home game since December of 2016. Dillon Gabriel is completing 50 percent of his passes for 372 yards, five touchdowns and zero interceptions. Gabriel and Brandon Wimbush have combined for seven touchdown passes. Gabriel Davis and Jacob Harris have combined for 230 receiving yards and three touchdowns while Adrian Killins Jr. has one reception. The UCF Knights ground game is averaging 325 yards per contest, and Bentavious Thompson leads the way with 155 yards and one touchdown. Defensively, UCF is allowing seven points and 205 yards per game. Nate Evans leads the UCF Knights with 13 tackles, Brendon Hayes has two sacks and Tay Gowan has one interception.

The Stanford Cardinal have covered eight of their last 12 games as an underdog. The UCF Knights have covered five straight as a favorite and 10 of their last 12 overall. This is a tough schedule spot for Stanford, who just played on the road last week against USC and now has to go to the east coast. The UCF Knights haven't lost at home in ages and have been just as good ATS as they have been SU, and you could argue this team is better than last years with all of the speed at the skill positions. UCF at home and the small chalk has to be one of the better bets on Saturday's card ..