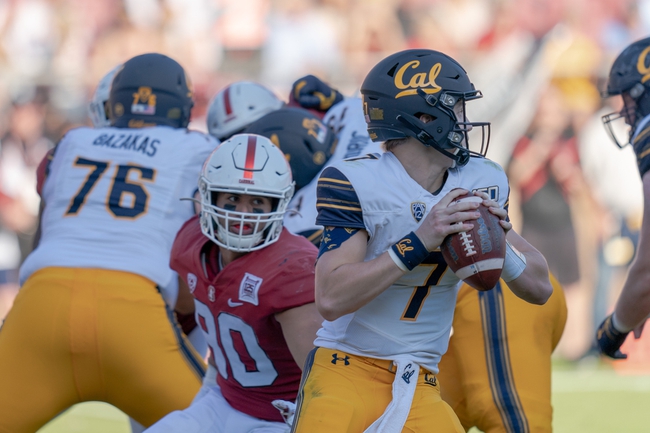 The California Golden Bears visit the Rose Bowl in Pasadena, California on Saturday to play the UCLA Bruins. The Golden Bears improved to 6-5 following a 24-20 victory over the Stanford Cardinal on Saturday. Chase Garbers scored from 16 yard out on a scramble with just 1:19 left in the fourth quarter lifting Cal to the win. Stanford and California have played their annual rivalry for 122 years.

Cal quarterback Chase Garbers has thrown for 1,270 yards, nine touchdowns and two interceptions Christopher Brown Jr. is the leading rusher for the Bears with 683 yards and six touchdowns, while Nikko Remigio is the leading receiver with 419 yards and one touchdown. Evan Weaver leads Cal in tackles with 163.

UCLA fell to 4-7 following its 52-35 loss on Saturday to USC. The Bruins quarterback Dorian Thompson-Robinson threw for 367 yards and three touchdowns. The loss guarantees the Bruins will finish with a losing record for the fourth straight season for the first time in 95 years. Devin Asiasi had 141 yards receiving in the loss.

Dorian Thompson-Robinson has thrown for 2,423 yards, 20 touchdowns and 11 interceptions. Joshua Kelly has rushed for 984 yards and 11 touchdowns. Kyle Phillips leads all UCLA receivers with 613 yards and five touchdowns. The leading tackler for UCLA is Stephan Blayock with 78.

The OVER has cashed in 4 of the Bruins last 6