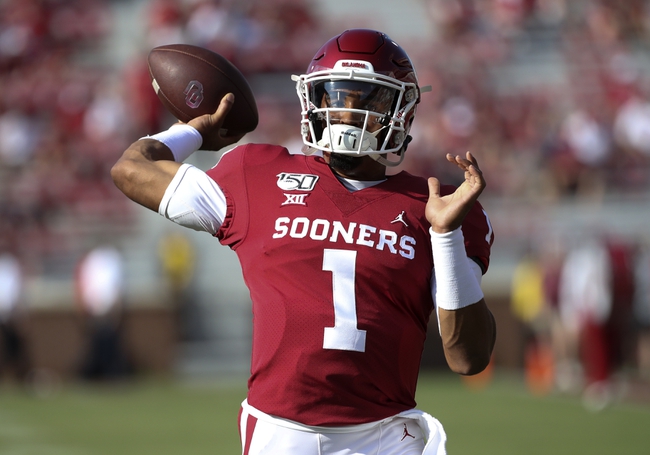 The Oklahoma Sooners and the UCLA Bruins meet in a week 3 college football matchup from the Rose Bowl on Saturday night.

The UCLA Bruins will look for a big time win at home to break out of their winless start to the year, falling to 0-2 after a 23-14 loss to San Diego State last time out. Dorian Thompson-Robinson has thrown for 355 yards, 3 touchdowns and 2 interceptions on 32 of 61 passing, good for a 52.5% completion percentage while Demetric Felton has rushed for a team-high 99 yards this season while also leading the Bruins with 9 catches for 127 yards and a touchdown this year. Defensively, Krys Barnes leads UCLA with 21 tackles, including 16 solo tackles, while Elijah Gates has 15 tackles and Atonio Mafi has 13 tackles as the Bruins have 7 double-digit tacklers through the first two games of the season. As a team, UCLA is averaging 239.5 yards of total offense and 14 points per game this season.

This line has jumped nearly double digits since it opened, and laying over three touchdowns on the road usually isn’t ideal. However, UCLA hasn’t shown any signs of getting anything going in the first two games and just lost for the first time in program history against a San Diego State team that they probably should’ve beaten. Oklahoma is looking like a playoff team once again with Hurts leading the charge, and better teams have tried to hang with the Sooners only to get left behind. I will lay the points with Oklahoma as I think the Sooners cover this game with relative ease.