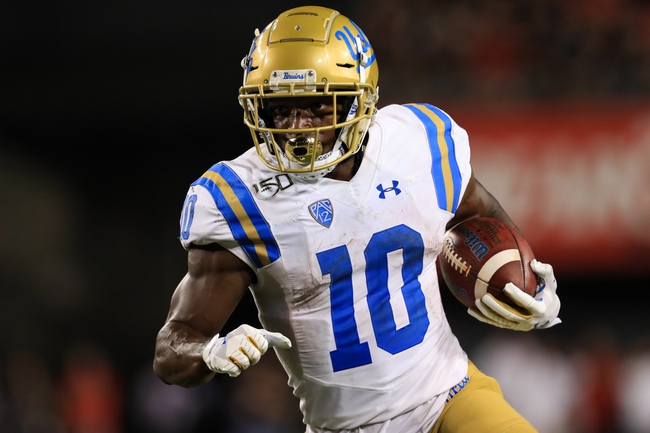 The San Diego State Aztecs and the UCLA Bruins meet in a week 2 college football matchup from the Rose Bowl on Saturday afternoon.

The San Diego State Aztecs will look to remain unbeaten after starting the season with a 6-0 win over Weber State in their last outing. Ryan Agnew threw for 108 yards on 16 of 30 passing while Juwan Washington had 55 rushing yards and Jordan Byrd added 50 rushing yards for SDSU. Jesse Matthews had a team-high 3 grabs for 25 yards while Elijah Kothe had 3 receptions of his own for 24 yards. Defensively, Tariq Thompson had a key interception while Dwayne Johnson Jr. had a team-high 6 tackles in the winning effort.

The UCLA Bruins will look to rebound after dropping their season opener by a final score of 24-14 at the hands of Cincinnati in their last outing. Dorian Thompson-Robinson threw for 156 yards, 2 touchdowns and 2 interceptions on just 8 of 26 passing while Demetric Felton led UCLA in rushing with 71 yards on 23 carries. Felton also led UCLA in receiving with 91 receiving yards and a touchdown, while Jaylen Erwin had a team-high 3 receptions for 37 yards and Chase Cota added a TD grab of his own in the losing effort. Defensively, Odua Isibor had a sack and Jason Harris had a fumble recovery while Jay Shaw logged an interception and Elijah Gates had a team-high 7 tackles in the loss.

I’m not sure what happened with San Diego State in their opener, but as down as I’ve been on UCLA in the past, I can’t talk myself into taking a free touchdown with a San Diego State team that scored just six points against an FCS opponent. Yes, the Aztecs shut out Weber State, but 6 points? Really? UCLA at least had their hands full with a decent Cincinnati team and in the past, the Bruins have had their way with San Diego State, winning each of the 15 all-time meetings against the Aztecs and only two of those games were decided by single digits, but those games were in the 80s. I just need to see more from San Diego State before putting any faith in the Aztecs going forward, so I’ll lay the points with UCLA in this one.