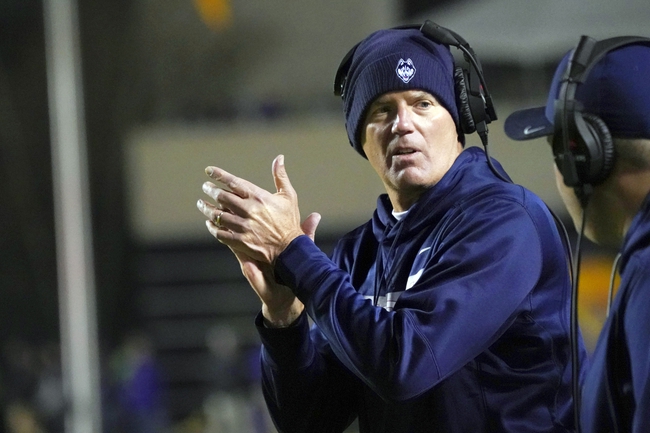 The Wagner Seahawks are coming off a 4-7 season, but they finished the season strong with wins in three of their last five games. The Wagner Seahawks have lost five of their last seven road games. Wagner has a lot of question marks on the offensive side of the ball with the losses of its quarterback, star running back and each of its top-four receivers. The Wagner Seahawks should be in much better shape defensively with three of their top-six tacklers returning, including Santoni Graham, who led the team with 99 tackles and three pass deflections. Wagner allowed 24 or less points in seven of its 11 games, and it should be able to build on that effort with some of its top defensive players returning. However, Wagner is going to go through some serious growing pains offensively early on this season.

The UConn Huskies have nowhere to go but up after a combined seven wins the last three years, and there has to be some sort of pressure on coach Randy Edsall in his third year. Three of the last four victories for the UConn Huskies have come at home. The good news for UConn is that it returns 16 starters, which is tied with the SMU Mustangs for the most in the AAC. The bad news is that UConn has no answer at quarterback at the moment, and the Huskies were dead last in the country with 617.4 allowed yards per game. The UConn Huskies could use all the help they can get, but more experience on both sides of the ball should help produce some sort of improvement. However, it’s going to be another year of struggles for Connecticut unless the quarterback play improves and the defense makes massive strides.

The UConn Huskies should turn things around eventually and have enough returning production to be improved on both sides of the ball. With that said, UConn is also the same program that struggled to beat Rhode Island last year and nearly lost to Holy Cross in its 2017 season opener. The UConn Huskies were middle school bad last year defensively and haven't had a reliable quarterback in ages. Yes, it's the Wagner Seahawks, and UConn should bully its way to victory. However, I need to see it to believe it. If forced to pick, give me the points.