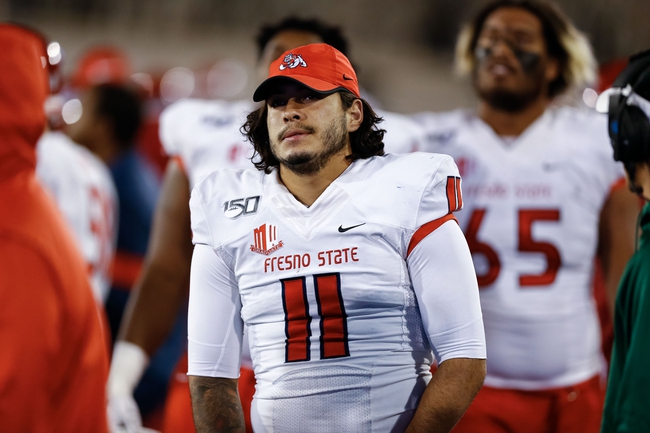 UNLV freshman quarterback Kenyon Oblad has completed 61/116 passing attempts for 739 yds.  He has added 5 TD’s and has been picked off 3 times.  Charles Willimas leads the backfield with 598 rushing yds, he has found paydirt 7 times.  The leading receiver is Randal Grimes, he has 22 receptions for 308 yds and 2 TD’s.  Defensively the rebels are led by Evan Austrie, he has 45 tackles and 1 sack on the season.

Fresno State quarterback Jorge Reyna has thrown for 1,226 yds, while completing 111/173 attempts.  He has thrown for 9 TD’s and 4 INT’s.  Zane Pope leads the receiving core in yds with 238 and 22 receptions.  Derrion Grim has added 3 receiving touchdowns. The Bulldogs leading tackler is Justin Rice, he has totaled 50 on the season.

Fresno State has played the harder schedule thus far.  The Bulldogs opened the season 0-2, with tough losses to USC and Minnesota. UNLV to this point has given Northwestern there only win.  In the 4 losses UNLV has to this point, they are losing by an average margin of almost 26 points. UNLV ranks 111th in points per game at 19 and 106th in points allowed defensively at almost 35 per game. I’m not thrilled about either of these teams, so I will take a stab with the under.   The trends show the over has not been profitable since 2017. Final score prediction, Fresno State win 30-17 and the total goes under.