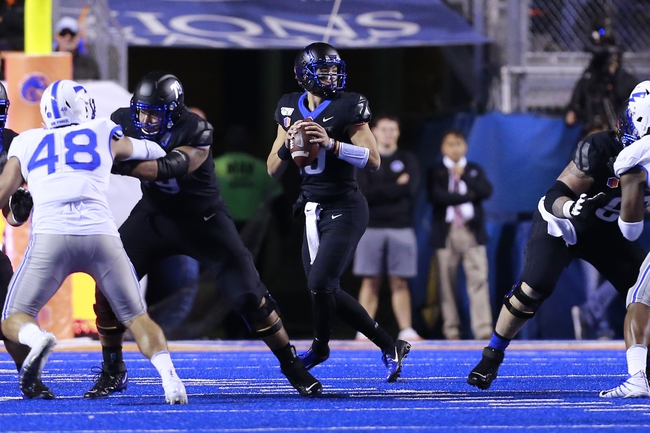 On Saturday, the Boise State Broncos visit the UNLV Rebels at Sam Boyd Stadium in Las Vegas, Nevada. The Broncos kept their perfect record intact at 4-0 following a 30-19 victory against the Air Force Falcons, in which Hank Bachmeier threw for 263 yards and two TDs. Boise State was off this week on a bye and used that time to tighten up its defense as top tackler Ezekiel Noa was lost for the season with a torn ACL.

UNLV is 1-3 after losing its third straight by falling to the Wyoming Cowboys 53-17 on Saturday. UNLV scored first on a 40-yard field goal by Daniel Gutierrez and then took a lead of 10-7 on a 54-yard pass from quarterback Armani Rogers to Giovanni Fauolo Jr. just prior to the end of the first quarter, but UNLV allowed 26 unanswered points during the  second quarter and trailed at the half 33-10.

UNLV’s season continues to go downhill, while Boise State is just the opposite as the Broncos are undefeated. The Broncos have covered the number in 5 of the last 6 in conference play, 10 of the last 14 away from home, and each of the last 6 after allowing fewer than 20 points in the previous game. UNLV has problems on offense with quarterback Armani Rogers having a difference of opinion with his head coach. Final Score Prediction, Boise State Broncos win and cover ATS 36-7