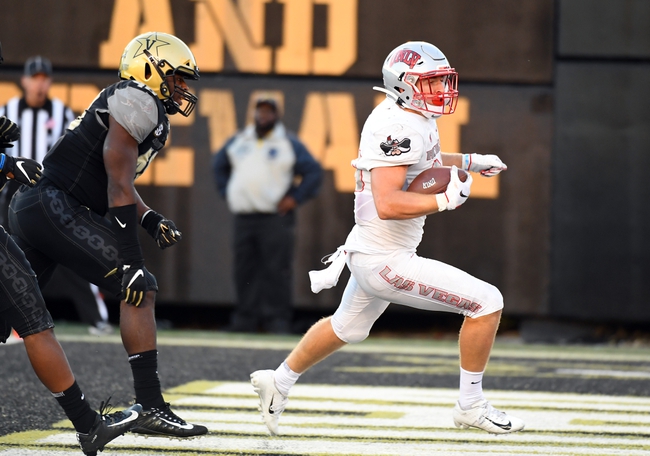 On Saturday, the San Diego State Aztecs visit Sam Boyd Stadium in Las Vegas, Nevada to play the UNLV Rebels. The Aztecs improved to 6-1 on the season following their 27-17 victory on Saturday over the San Jose State Spartans. Juwan Washington and Chase Jasmin both had touchdown runs while Kaegun Williams ran a kickoff back 95 yards for a touchdown. This is the 10th straight season the Aztecs are bowl eligible after winning their sixth game.

UNLV fell to 2-5 on the season following its 56-27 loss to Fresno State on Friday. The Rebels were led in the loss by Kenyon Oblad with 257 yards passing, three touchdowns as well as three interceptions. UNLV played well in the first half trailing at the break 28-17 but were outscored 28-10 in the second half.

The UNDER has cashed in 7 of the Aztecs last 8

The UNDER has cashed in 4 of the Rebels last 6

San Diego State is the clear choice to cover in this matchup. The Aztecs have covered 5 of their last 6 overall, 12 of the last 17 head-to-head with UNLV and each of the last 5 played on the road. San Diego State’s Ryan Agnew is a steady performer under center who has only thrown two interceptions and does not turnover the ball. The Rebels on the other hand have failed to cover the number in 9 of their last 12 in Mountain West Conference play. Final Score Prediction, San Diego State Aztecs win and cover ATS 31-14