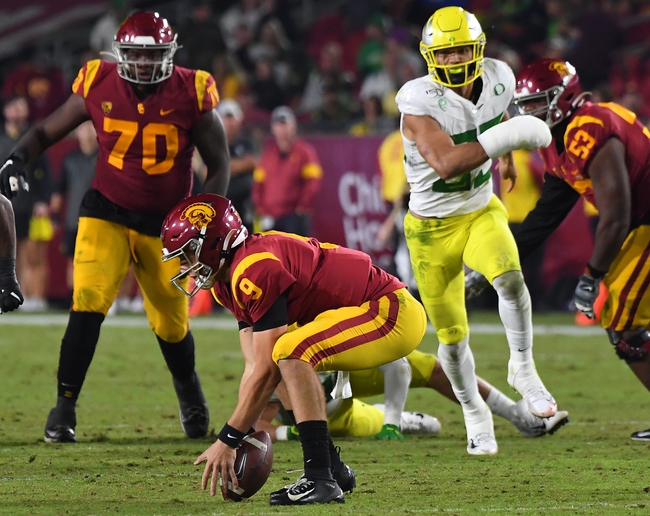 The USC Trojans visit Sun Devil Stadium in Tempe, Arizona on Saturday to play the Arizona State Sun Devils. The Trojans were blown out at home Saturday by the Oregon Ducks 56-24 and fell to 5-4. USC gave up 28 points in the second quarter and trailed 28-17 at the half. The Trojans were outscored in the second half 28-7. In the loss, Kedon Slovis threw for 264 yards and three TDs on a school record 57 pass attempts.

Kedon Slovis has thrown for 1,889 yards, 16 touchdowns and eight interceptions for USC. The leading rusher for the Trojans is Vavae Malepeai with 406 yards and four touchdowns. Michael Pittman Jr. leads all USC receivers with 792 yards and eight touchdowns. John Houston Jr. is the leading tackler for USC with 79.

Arizona State fell to 5-3 on the season following its 42-32 loss to UCLA a week ago Saturday. The Sun Devils had a bye in Week 10. The loss was the second straight for Arizona State. Jayden Daniels threw for 271 yards and three touchdowns during the fourth quarter. Eno Benjamin the leading rusher in the Pac-12 prior to the game rushed for just 46 yards.

The UNDER has cashed in 5 of the Trojans last 7

Arizona State has played poorly of late, but a bye week will help the Sun Devils restore order. USC is coming off a loss of 32 points at home and on the road has failed to cover the number in 19 of its last 26. In addition, the Trojans have failed to cover the number in 24 of the last 33 on the road versus an opponent with a winning record at home. Final Score Prediction, Arizona State Sun Devils win and cover ATS 37-28