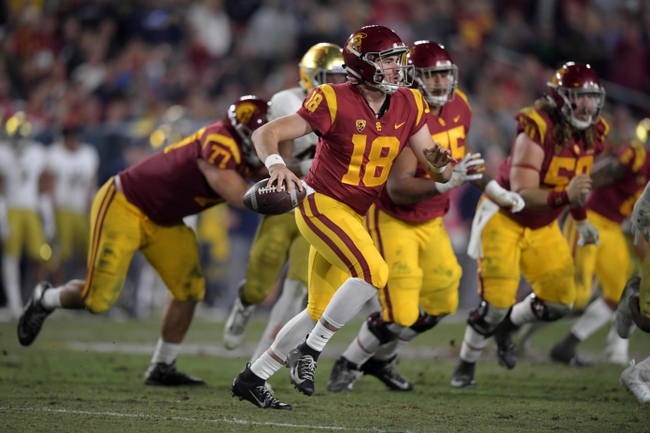 The Fresno State Bulldogs come into the 2019 season looking to replicate the same success they found in 2018, finishing the year with a 12-2 overall record, the most wins in a single season in school history, including a 7-1 mark in Mountain West conference play, finishing as the Mountain West West division champion and booking a spot in the conference title game, a game that the Bulldogs won by a final score of 19-16 in overtime over Boise State. The Bulldogs got an invite to the Las Vegas Bowl where they took down Arizona State by a final. Score of 31-20. Former JUCO transfer Jorge Reyna takes charge under center after Marcus McMaryion’s time at Fresno State came to an end. Ronnie Rivers and Jordan Mims were supposed to return as the 1-2 punch in Fresno State’s backfield after combining for 1,179 yards and 16 touchdowns on the ground and 47 catches for 597 yards and 5 touchdowns through the air, but Mims has been ruled out for the season with a foot injury. Jared Rice, who is widely regarded as one of the best receiving tight ends in the country is back as the Bulldogs’ top returning receiver after logging 55 grabs for 664 yards and 3 touchdowns last season. Defensively, Jasad Haynes and Kevin Atkins return up front and Mykai Walker adds to that push on the end while Jaron Bryant and Juju Hughes lead the secondary for the Bulldogs. As a team, Fresno State averaged 422.1 yards of total offense and 34.6 points per game last season while allowing 321.6 yards and 14.1 points per game last season, the 3rd-lowest scoring defense in the country.

The USC Trojans will look to rebound after an extremely disappointing season, finishing with a lowly 5-7 record, including a 4-5 mark in Pac-12 conference play, finishing tied for 3rd in the Pac-12 South division. JT Daniels will get the nod at starting QB after finishing with 2,672 yards, 14 touchdowns and 10 picks on 59.5% passing in his freshman year, but will have sophomore Jack Sears breathing down his neck. Vavae Malepeai will lead the ground attack forUSC after finishing last year with 501 rushing yards and a team-high 8 touchdowns. USC boasts a talented receiving corps led by Amon-Ra St. Brown who had 60 grabs for 750 yards and 3 touchdowns while Tyler Vaughns came right behind with 58 catches for 674 yards and 6 touchdowns. Michael Pittman Jr. also returns at receiver after logging 41 receptions for 758 yards and 6 touchdowns, averaging 18.5 yards per catch last season. Defensively, John Houston is back as USC’s top returning tackler after logging 67 tackles last season while Christian Rector is expected to be a huge problem for the opposition with his pass-rushing prowess. As a team, USC averaged 382.9 yards of total offense and 26.1 points per game while allowing 388.8 yards and 27 points per game last season.

If you had told me at the end of last season that I’d be getting the Bulldogs with nearly two touchdowns, I’d say it was a steal and I’d be on it like white on rice. However, I think Fresno State has just lost too much to begin with and now lose one of their top two running backs in Mims. USC has talent to replace on their own side, mostly on defense, but the Trojans bring back a huge chunk of their offense and should be able to just air it out and rack up points on Fresno State. I just like USC right now a whole heck of a lot more than I do Fresno State, so I’ll lay the points with the Trojans at home in this one.

The pick in this article is the opinion of the writer, not a Sports Chat Place site consensus.
Previous Pick
UNLV vs. Southern Utah - 8/31/19 College Football Pick, Odds, and Prediction
Next Pick
Saskatchewan Roughriders vs. Winnipeg Blue Bombers CFL Pick, Odds, Prediction - 9/1/19