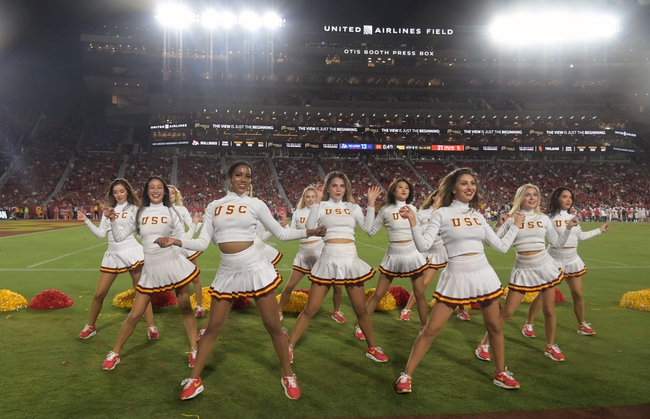 The Utah Utes and the USC Trojans will match up on the college football circuit on Friday.

In the Week 3 victory, Utah QB Tyler Huntley posted 282 yards with three touchdowns, and Zack Moss logged 106 yards and a TD on the ground. Bryan Thompson led the Utah receivers with 105 yards and two scores.

Over on the USC side, they’re 2-1 this season following two opening wins over Fresno State and Stanford, then an OT loss to BYU 30-27 this past weekend.

In the BYU game, Trojans QB Kedon Slovis posted 281 years with two touchdowns and three picks, while Vave Malepeai rushed for 96 yards and a score. Michael Pittman was tops in receiving with nine grabs for 95 yards and a TD.

Utah has been chugging along nicely this year, but this week will mark a step up in competition for them and we’ll get to see exactly what they’re made of. So far everything looks pretty balanced for the Utes.

USC will be a stout opponent however, and they should be able to put up some points here. I’m going to go with the Utes to eke out a cover but it should be a very close game.

The pick in this article is the opinion of the writer, not a Sports Chat Place site consensus.
Previous Pick
Boise State vs. Air Force - 9/20/19 College Football Pick, Odds, and Prediction
Next Pick
Edmonton Eskimos vs. Hamilton Tiger-Cats CFL Pick, Odds, Prediction - 9/20/19