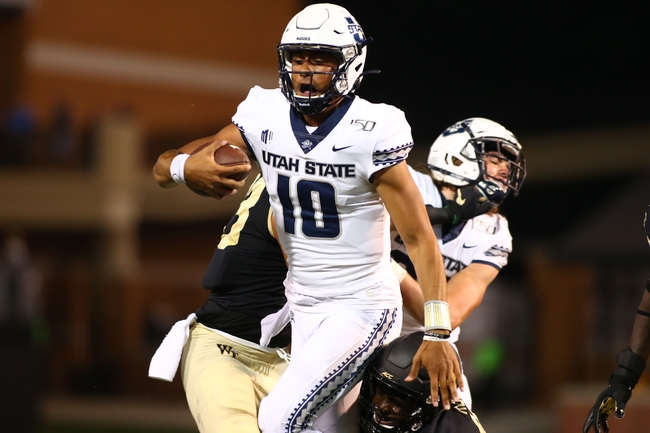 The Colorado State Rams will look to rebound from back-to-back losses after falling to Toledo by a final score of 41-35 in their last outing. Collin Hill leads the Rams with 837 passing yards, 8 touchdowns and 2 interceptions on 67.3% passing, but Patrick O’Brien saw the workload shift his way against Toledo, giving him 540 yards, 2 touchdowns and an interception. Marvin Kinsey Jr. leads the Rams in rushing with 556 rushing yards and 3 ground scores while Dante Wright leads Colorado State’s receiving group with 347 receiving yards and 3 TDs. Warren Jackson also had 3 receiving touchdowns, logging a team-high 31 receptions for 327 yards while Kinsey Jr., Trey McBride and EJ Scott are all in the 100-yard receiving club for the Rams this season. Defensively, Jamal Hicks leads Colorado State with 35 total tackles including a team-high 19 solo tackles while Ellison Hubbard has a team-high 3.5 sacks and Jan-Phillip Bombek has 2.5 sacks this season. As a team, Colorado State is averaging 552.2 yards of total offense and 34.5 points per game while allowing 439.2 yards of total defense and 40.2 points per game against this season.

The Utah State Aggies will look to build on back-to-back wins following a 23-17 road win over San Diego State in their last outing. Jordan Love has thrown for 1,003 yards, 4 touchdowns and 3 interceptions on 68.2% passing while Jaylen Warren leads Utah State in rushing with 320 rushing yards and 4 touchdowns. Siaosi Marner leads Utah State’s receiving group with 20 receptions with 265 yards and 2 touchdowns this year. Savon Scarver, Caleb Repp, Deven Thompkins and Jordan Nathan each are in the 100-yard club receiving for the Aggies this year. Defensively, David Woodward leads Utah State with 41 total tackles including 27 solo tackles while Nick Heninger has a pair of sacks this season. As a team, Utah State is averaging 562.7 yards of total offense and 40 points per game while allowing 404.7 yards of total defense and 20.7 points per game this season.

I get why this line is the way it is as Utah State has scored a lot of points this season and are at home against a Colorado State team that’s allowed 41 or more points in their three games against FBS opposition this season. However, The Rams have also scored 31, 34 and 35 points in those three games and have proven to be more than capable of keeping up offensively. Since these two started facing off in Mountain West play in 2011, none of the eight meetings have been decided by more than 15 points. That leads me to think that this is too many points again, so I’ll take them with Colorado State here.