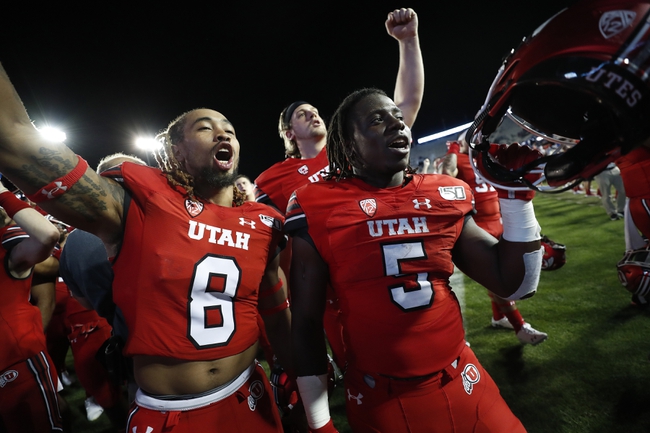 The Idaho State Bengals look for a big upset to improve to 2-0 after beating Western Colorado in their season opener. The Idaho State Bengals have lost four of their last six road games. Matt Struck is completing 53.7 percent of his passes for 385 yards, four touchdowns and one interception. Struck threw the ball 41 times and was sacked twice in the victory. Tanner Conner and Michael Dean have combined for 319 receiving yards and three touchdowns while Mitch Gueller has three receptions. The Idaho State Bengals ground game is averaging 147 yards per contest, and Ty Flanagan leads the way with 96 yards on 22 carries. Defensively, Idaho State is allowing 13 points and 178 yards per game.

The Utah Utes look for another home victory to get off to a quick 3-0 start heading into conference play. The Utah Utes have won each of their last five home games. Tyler Huntley is completing 77.1 percent of his passes for 320 yards, one touchdown and zero interceptions. Huntley has one or less or touchdown passes in each of his last four games. Bryan Thompson and Brant Kuithe have combined for 129 receiving yards on six catches while Demari Simpkins has six receptions. The Utah Utes ground game is averaging 197.8 yards per contest, and Zack Moss leads the way with 1,092 yards and 11 touchdowns. Defensively, Utah is allowing 14.5 points and 301 yards per game. Francis Bernard leads the Utah Utes with 16 tackles, Bradlee Anae has three sacks and Julian Blackmon has two interceptions.

The Idaho State Bengals aren't one of the better FCS teams in the world, so the Utes shouldn't worry much here. However, Utah will have a date with the USC Trojans next Friday, which means the Utes should be focused on getting the win and getting the hell out of there. No reason to run up the score and leave staters in too long, risking injury. Get the win, and move onto USC on a day short of rest. I'll lean toward the points here.