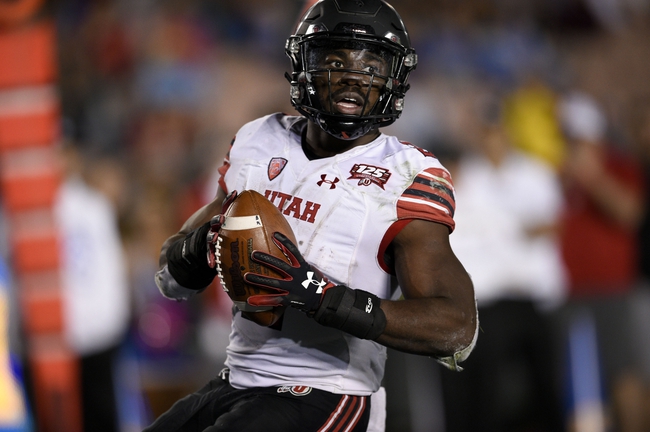 The UCLA Bruins head to Utah on Saturday for a Pac 12 match up with the #8 Utah Utes.  In their last game, the Bruins were victorious, beating the Colorado Buffaloes by the score of 31-14.  Bruins quarterback Dorian Thompson-Robinson played well against Colorado as he completed 21 of 28 passes for 226 yards and 2 touchdowns against 1 interception.  Thompson-Robinson also was decent on the ground as he scrambled 11 times for 38 yards.  Running back Joshua Kelley has a big day on the ground for UCLA as he rushed 23 times for 126 yards and 2 touchdowns.  Tight end Devin Asiasi was the Bruins lead receiver on the day as he caught 4 passes for 45 yards and a touchdown.  The Bruins defense played well as they allowed 283 yards total against Colorado, including just 88 yards on the ground.

The win against Colorado was the Bruins’ 3rd win in a row and they are now 4-5 on the year and 4-2 in conference play, good enough for 3rd place in the Pac 12 South.  Thompson-Robinson has played well under center for UCLA as he has thrown for 1,837 yards and 17 touchdowns against 8 interceptions.  Kelley has been the Bruins leading rusher on the season as he has ran for 861 yards and 10 touchdowns on 176 carries.  Running back Demetric Felton has been the Bruins lead receiver as he has caught 39 passes for 471 yards and 3 touchdowns on the season.

The Utah Utes return home to welcome the UCLA Bruins on Saturday after winning their last game in Washington against the Huskies by the score of 33-28.  Utah quarterback Tyler Huntley completed 19 of 24 passes for 284 yards and 1 touchdown on the day while also rushing for a touchdown.  Running back Zack Moss carried the ball 27 times for 100 yards and a touchdown on the day.  Moss was also productive in the passing game as he caught 5 passes for 41 yards and a touchdown. Wide receiver Jaylen Dixon was the most productive Utah wide out on the day as he caught 2 passes for 72 yards.  Utah’s defense played well against a good Huskies team, allowing total of 369 yards in the game, but just 53 on the ground.

With the win, Utah has now won 5 games in a row.  Utah is now 8-1 overall and 5-1 in conference play which is good enough for 1st place in the Pac 12 South and 8th overall the country.  On the year, Utah quarterback Tyler Huntley has thrown for 2,062 yards and 11 touchdowns against just 1 interception.  Moss has been the lead rusher for the Utes as he has carried the ball 137 times for 828 yards and 11 touchdowns on the year.  Bryan Thompson has been the lead receiver on the year for Utah as he has caught 16 passes for 431 yards and 3 touchdowns on the season.