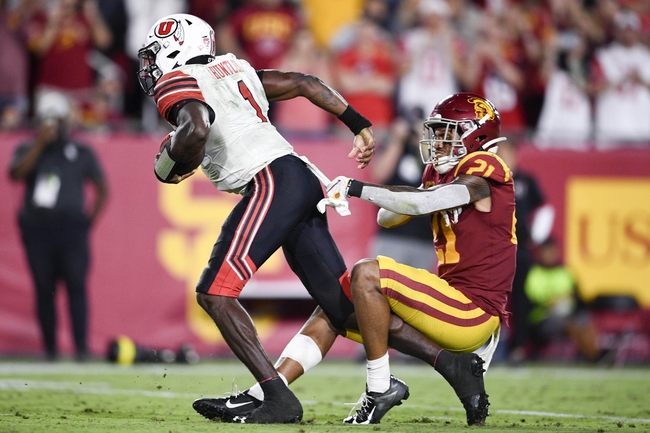 The Washington State Cougars and the Utah Utes will meet up on the college football gridiron on Saturday.

Washington State enters this one with a 3-1 mark so far. The Cougars opened up with wins over NM State, Northern Colorado and Houston before falling to UCLA 67-63 in Week 4.

In the UCLA loss, Washington State QB Anthony Gordon tossed for a whopping 570 yards and nine touchdowns, with Easop Winston hauling in four scores for 114 yards on 10 receptions.

Over on the Utah side, they’re 3-1 as well. The Utes opened with wins over BYU, Northern Illinois and Idaho State but fell to USC 30-23 their last time up.

In the loss, Utah QB Tyler Huntley logged 210 yards and a TD, and Devin Brumfield led the rush with 63 yards. Derrick Vickers was the top receiver there with 38 yards on three grabs.

Washington State put up a heck of a fight against UCLA, but a relatively sluggish response to the Bruins’ big second half put the squash on plans for a big win.

Utah is built to score as well, and I expect this to be a high-flying game. I think Washington State has enough offense to get in there and cover though.

The pick in this article is the opinion of the writer, not a Sports Chat Place site consensus.
Previous Pick
BC Lions vs. Montreal Alouettes CFL Pick, Odds, Prediction - 9/28/19
Next Pick
Nevada vs. Hawaii - 9/28/19 College Football Pick, Odds, and Prediction