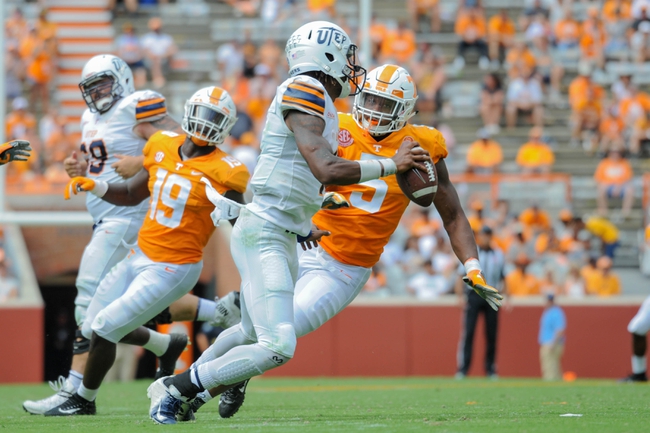 This could be a high scoring affair when Charlotte plays at UTEP this weekend. Both teams have bottom-13 defenses, but neither team is all that explosive on offense. Charlotte (4-5) has the sixth-worst defense in the nation, giving up 38.2 points per game. UTEP (1-7) is not a lot better, giving up 36.9 points per outing. UTEP is in ESPN's bottom 10, and Charlotte has been in that poll at times this year. Charlotte is averaging 32 points on offense, while UTEP is averaging 19.

Charlotte has won its last two games though and has a resounding win over another bottom-10 opponent. Chris Reynolds has thrown for 1680 yards, 16 touchdowns, and six interceptions. Benny LeMay leads the running game with 822 yards and seven touchdowns. Reynolds has 454 yards rushing and five more touchdowns. LeMay also has 244 yards receiving and four touchdowns. Charlotte has a balanced offense, averaging 211 rushing and 207 passing.

UTEP's only win came in the season opener, a close game against a weak FCS team. Their closest game since then was a 10-point loss to UTSA. UTEP is not in the top 100 nationally in scoring or in passing or rushing yardage. The Miners average 136 yards rushing and 160 passing. UTEP has used two quarterbacks this season and they have four touchdowns and five interceptions between them. Kai Locksley has 656 yards passing and has been sacked 18 times. Trevon Hughes leads the running game with 519 yards and 10 touchdowns. The team has 14 rushing touchdowns.

This will be the first game between these schools. However, it will not end well for the UTEP squad. The Miners offense will struggle in the game, but the defense will have issues as well a the 49ers are able to easily run away with the game. Final Score Prediction, Charlotte 49ers win and cover ATS 34-21.