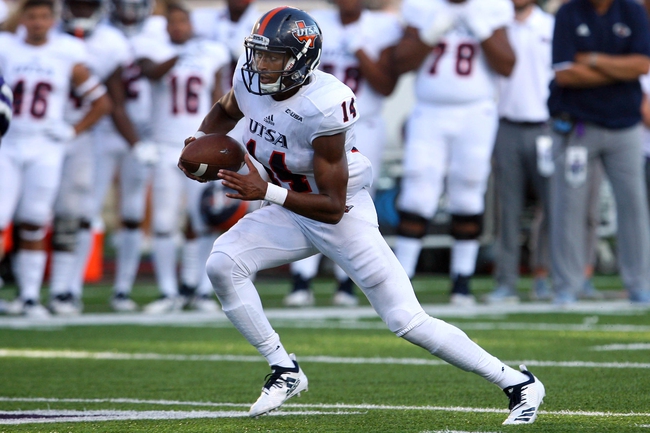 The Incarnate Word Cardinals and UTSA Roadrunners meet Saturday in college football action at the Alamodome.

The Incarnate Word Cardinals are coming off a six-win season that ended with them losing in the FCS Playoffs First Round. The Incarnate Word Cardinals have lost three of their last four road games. Jon Copeland returns at quarterback after throwing for nearly 3,000 yards and 22 touchdowns, but he’s going to have some work cut out for him with his leading rusher and some of his top receivers no longer on the roster. Kam Williams should have a big year after averaging 16 yards per reception on 36 catches and Ameer King was impressive as a backup running back last year. Defensively, Incarnate Word loses its top-two tacklers from last year, but Mar'kel Cooks returns after 72 tackles and three fumble recoveries, while Malick Phillips led the Cardinals with eight pass deflections and three interceptions. There’s some holes on this team, but Incarnate Word returns enough key players at important positions to make another run this season.

The UTSA Roadrunners are coming off a three-win season and enter the third year under head coach Frank Wilson. The UTSA Roadrunners have lost four of their last six home games. UTSA returns eight starters from an offense that averaged 14.2 points and 247.1 yards per game. UTSA has two capable quarterbacks in Frank Harris and Cordale Grundy, while leading rusher in B.J. Daniels is back for his junior year. Tykee Ogle-Kellogg could develop into a big time player after three receiving touchdowns his freshman year. UTSA returns five starters from a defense that allowed 31.2 points and 435.5 yards per game. DeQuarius Henry and Lorenzo Dantzler combined for 7.5 sacks last season, while Cassius Grady had four interceptions and five pass deflections. The key for success is UTSA improving an offense that was one of the worst in college football.

The Incarnate Word Cardinals are no pushover, as they're a team that made the playoffs last year and have a capable quarterback who can put on a show. The UTSA Roadrunners weren't good a season ago and have a defense that needs to drastically improve for this year to be any different. Still, we're getting an FBS team at home against an FCS school and we're not being asked to lay anything crazy. This may feel like a sucker bet, but if the UTSA Roadrunners are going to make anything of this season, they have to win this game. I'll eat the reasonable chalk.