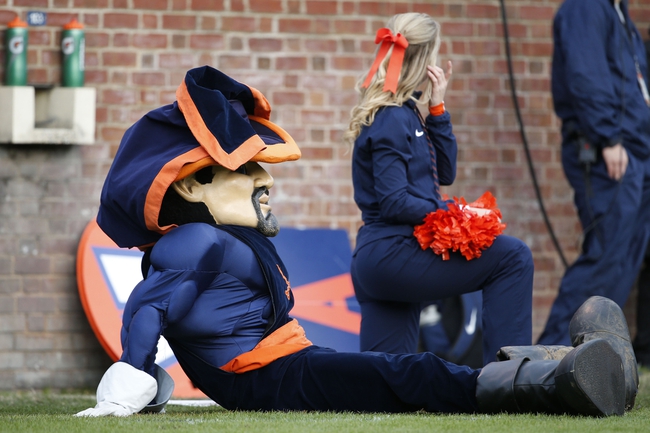 Liberty (6-4) will have its hands full as it travels to play at Virginia. The Flames have won six of their last eight games, but the Cavaliers will be their toughest opponent since Week 1 against No. 22 Syracuse. In that game, Liberty fell 24-0.

The Flames like to throw the ball. At 300.4 yards per game, Liberty's passing game ranks 17th in the nation. Senior quarterback Stephen Calvert has thrown for 2,941 yards this season and has remarkable TD to interception ratio of 23 to 3. Against a quality opponent in BYU on Nov. 9, Calvert's team lost, but he still managed to throw for three touchdowns without a pick.

Senior receiver Antonio Gandy-Golden has nearly four times as many receiving yards as any other Liberty receiver. With seven games of more than 100 yards, Gandy-Golden has amassed 1,244 yards with eight touchdowns.

Virginia (7-3) narrowly got past Georgia Tech to still have a shot at winning the Coastal Division and playing in the ACC Championship. The Cavaliers keep improving under coach Bronco Mendenhall. Their two losses came by just a touchdown, and they have managed to mostly come out on top this season despite lacking the talent of some of several of their ACC opponents.

Senior dual-threat quarterback Bryce Perkins has thrown for 2,439 yards and is also the Cavaliers' top rusher with 493 yards. In the 33-28 win over the Yellow Jackets, Perkins threw for 258 yards and rumbled for 106 more on the ground.

Virginia is coming in with quite a bit of confidence, but also a good scare that leads to the Cavaliers not looking past any team on the day. Look for the Cavaliers to come in and actually take care of the Flames without looking back, but also avoiding the scare that Georgia Tech just gave them. Final Score Prediction, Virginia Cavaliers win and cover 42-14.