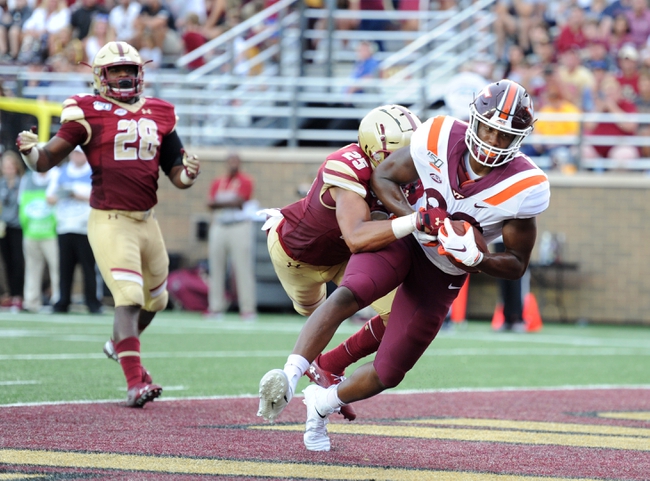 On Saturday, Pittsburgh (7-3, 4-2) and Virginia Tech (7-3, 4-2) will match up in a game that has massive implications for the ACC Coastal Division title. Both teams have just two league losses -- as does Virginia -- to lead the division. With a couple weeks left, any of the three could wind up on top.

The Panthers have won six of their last seven games, with a win over a ranked opponent (No. 15 UCF) and their only loss coming by four points against Miami. It could be argued that outside of Clemson, Pitt is playing better than anyone else in the ACC.

Stingy defense has gotten the job done for the Panthers. They allow just 20.8 points per game and have only allowed just one opponent to score more than 30 points.

Virginia Tech is also red hot, with a dominant win over at Georgia Tech most recently and five wins in the last six games. The Hokies looked doomed earlier this season when they lost 45-10 to Duke, but they have since only lost, by one point, at No. 16 Notre Dame. They took down No. 19 Wake Forest in the process and have scored at least 34 points in the five wins.

Sophomore quarterback Hendon Hooker led the Hokies to their big win over the Yellow Jackets. Hooker completed an efficient 9 of 13 passes for 159 yards and a touchdown and added two scores with his legs.

The game here is going to be a battle as both of these teams are really hot and that is going to make a difference as the Panthers are coming into the game winning 6 of their last 7. The Hokies are coming in with 5 wins in the last 6 games. Look for Virginia Tech to come into the game here and bring home a win in this game. Final Score Prediction, Virginia Tech Hokies win and cover 24-17.