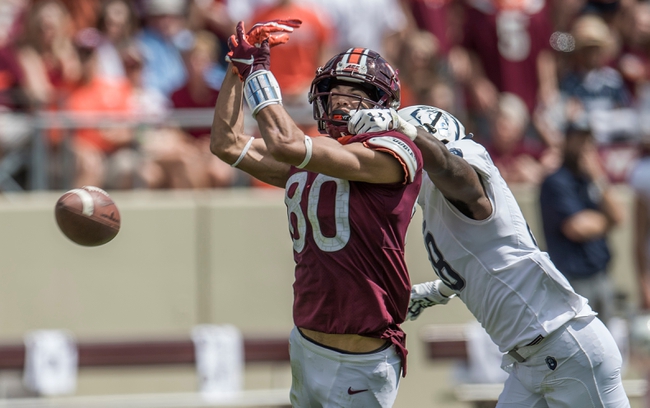 The Furman Paladins and the Virginia Tech Hokies will meet up on the college football circuit Saturday.

Furman enters this game with a 1-1 record so far. The Paladins crushed Charleston Southern 46-13 in the opener but then fell in a tough one to Georgia State Week 2.

In the loss to Georgia State, Furman QB Darren Grainger had 323 yards and four TDs, while Devin Wynn posted 83 yards and a score on the ground. Thomas Gordon led the Paladins receivers with 163 yards and a TD.

Over on the Virginia Tech side, they’re 1-1 this season following a loss to Boston College 35-28 and a win over Old Dominion 31-17.

In the victory over the Monarchs, Virginia Tech QB Ryan Willis had 272 yards with two scores, and Deshawn McClease managed 64 rush yards. Tayvion Robinson led the Hokies on 62 yards from four catches.

The Paladins are 4-1-1 ATS in the last six games in September and 4-1 ATS in their last five after giving up more than 40 points in their previous game. The under is 4-1 in Furman’s last five on grass as well.

Furman had some great offensive performances in the loss Week 2, but coughed up 35 points in the second and third quarters and really couldn’t close the gap the rest of the way.

As for the Hokies, they were outmatched by a good Eagles team Week 1 but looked better against ODU. I think Virginia Tech has enough offense to set the pace and cover here.