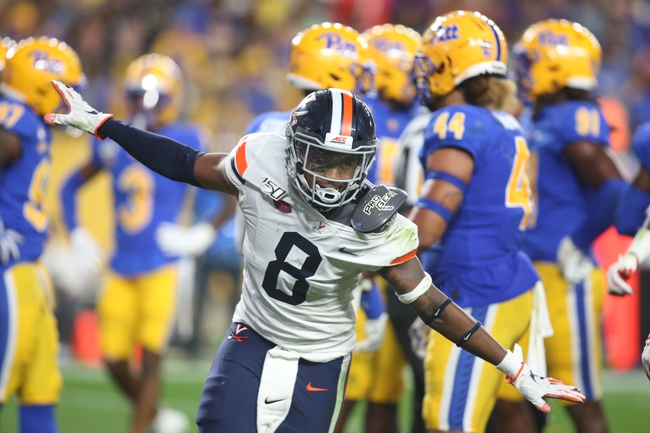 The William & Mary Tribe and the Virginia Cavaliers will match up on the college football circuit on Friday.

William & Mary started the year off well in Week 1, bagging a 30-17 victory over the Lafayette Leopards. The Tribe were actually trailing 10-6 heading into the break, but a 24-point third quarter would end up sealing the win.

Hollis Mathis led the way for the Tribe in rushing, carrying 16 times for 127 yards and a TD. Owen Wright had a solid game as well with 63 yards on 14 carries with two scores.

Over on the Virginia side, they got a win in their Week 1 game as well, taking out the Pittsburgh Panthers 30-14. The Cavaliers were down 14-13 heading into the break in that one, but then scored 17 unanswered points in the second half.

In the Week 1 victory, Virginia’s Bryce Perkins posted 181 yards passing with two touchdowns, and Wayne Tualapapa had 66 yards and a TD on the ground. Hasise Dubois led the team in receiving with four catches for 45 yards and a score.

Meanwhile, Virginia is 4-0 ATS versus a team with a winning record and 6-1 ATS in their last seven September games. The Cavaliers are also 1-5 ATS in the last six Friday games.

Neither one of these teams started out their first halves too hot, but to their credit they both made adjustments and controlled the rest of their games on the way to opening-week wins.

Virginia really only had one bad quarter in their opener, giving up all 14 points in the second. I feel like the Cavaliers can take some of that momentum and utilize it here, but the line is just too thick. I'm going Tribe.

The pick in this article is the opinion of the writer, not a Sports Chat Place site consensus.
Previous Pick
Montreal Alouettes vs. BC Lions CFL Pick, Odds, Prediction - 9/6/19
Next Pick
Boise State vs. Marshall - 9/6/19 College Football Pick, Odds, and Prediction