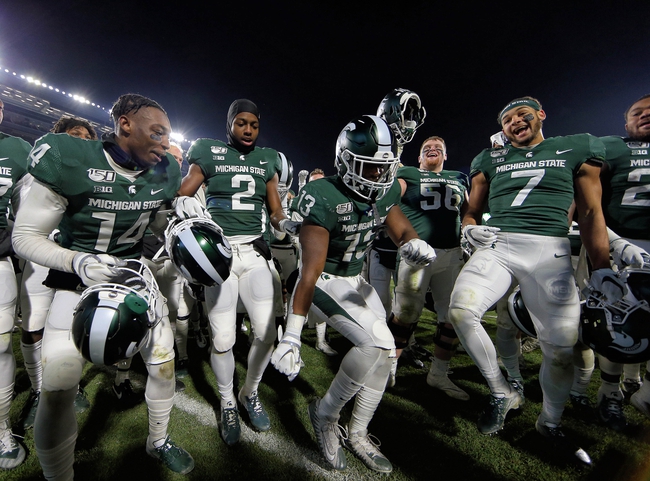 The Michigan State Spartans meet up with the Wake Forest Demon Deacons in the New Era Pinstripe Bowl at Yankee Stadium. Michigan State has majorly disappointed expectations this season going 6-6 but comes in on a two-game winning streak after beating Rutgers 27-0 and sneaking past Maryland 19-16; kicking a game winning field goal with 2:14 remaining to become bowl eligible. Wake Forest has lost three of their last four games, losing the last game to Syracuse 39-30 in overtime to drop to 8-4 on the season.

Michigan State’s offense has been a letdown this season despite having a senior quarterback in Brian Lewerke. Lewerke has thrown for 2750 yards and 16 touchdowns to 12 interceptions this season, Lewerke’s struggles have prompted Michigan State to score only 22 points per game ranking 107th in the NCAA. Michigan State is led in rushing by freshman Elijah Collins who has rushed for nearly 900 yards and 5 touchdowns.

At the helm of the Wake Forest offense is junior quarterback Jamie Newman who has thrown for 2700 yards and 23 touchdowns to 10 interceptions this season. Newman also poses a threat on the ground with 487 yards and 6 touchdowns on the ground. The Demon Deacons have two running backs that will see touches in the bowl game with very equal statistics. Senior Cade Carney has 556 yards and 5 touchdowns while freshman counterpart Kenneth Walker III has 555 yards and 4 touchdowns on the season.

The Demon Deacons have played a very weak schedule this season ranking 71st in the nation in strength of schedule while Michigan State played a grueling Big Ten schedule with the 6th toughest schedule in the nation.

Michigan State has struggled as of late sneaking past Maryland and only scoring 27 points against arguably the worst power 5 team in the country in Rutgers.