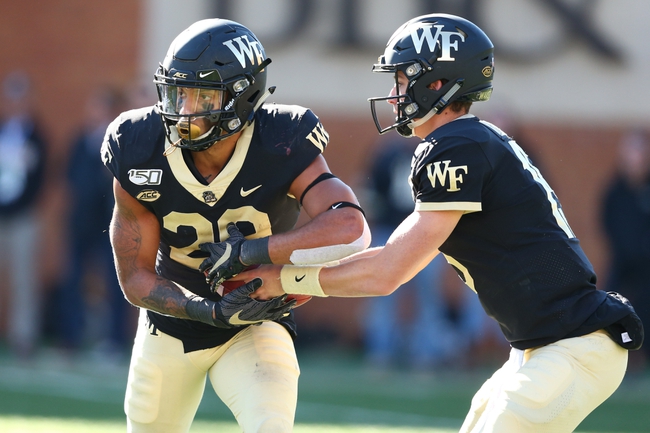 On Saturday, the No. 23 ranked Wake Forest Demon Deacons visit Lane Stadium in Blacksburg, Virginia to play an ACC showdown against the Virginia Tech Hokies. The Demon Deacons improved to 7-1 on the season following 44-10 thrashing of North Carolina State on Saturday. Wake was led by quarterback James Newman who threw for three touchdowns and rushed for two others after returning from an injury.

James Newman has thrown for 2,059 yards, 20 touchdowns and five interceptions to lead the Demon Deacons. Kenneth Walker III leads all Wake rushers with 383 yards and three touchdowns. The leading receiver for Wake Forest is Sage Surratt with 948 yards and nine touchdowns. Justin Strnad leads Wake Forest in tackles with 69.

Virginia Tech fell to 5-3 on the season following a 21-20 loss to Notre Dame. The Hokies led late in the fourth quarter but could not stop Notre Dame from mounting an 87-yard drive that led to the winning touchdown with just 29 seconds remaining. Quincy Patterson II started at quarterback for the Hokies and rushed for 77 yards while throwing for 139 yards and one touchdown in the loss.

Wake Forest is second in the ACC Atlantic division behind Clemson and must continue to win if the Demon Deacons have any hope in earning a top bowl game on January 1. Wake Forest is 16th in the nation in points scored per game with an average of 38.0, while Virginia Tech is allowing 28.5 per game and scoring 28.8 per game. Lay the points and take the road chalk. Final Score Prediction, Wake Forest Demon Deacons win and cover ATS 36-27