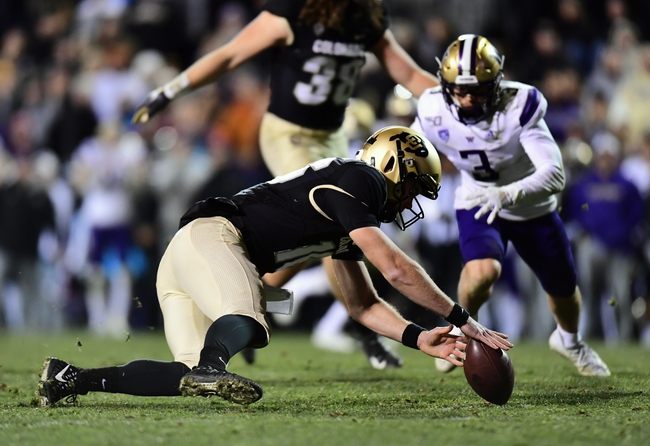 This season's Apple Cup features a pair of teams that have not reached their expectations. Both Washington State and Washington sit at 6-5 overall and 3-5 in the PAC 12 as they prepare to battle one another. Perhaps that puts even more pressure on Saturday's game, as both teams look for a rivalry win to hang their hat on.

The Huskies have lost three of their last four, each by a touchdown or less. Last week they couldn't overcome a 13-0 halftime deficit to Colorado and eventually fell 20-13. They rushed the ball 32 times and averaged just a yard per carry.  As has been the case on the season, junior quarterback Jacob Eason was a mixed bag with 206 passing yards and touchdown, but also an interception and five sacks.

Washington State has scored 103 points in their last two games to beat Stanford and Oregon State 49-22 and 54-53, respectively. The shootout against the Beavers saw senior quarterback throw the ball 70 times for 606 yards and six touchdowns, with three interceptions. On the year, Gordon has amassed 4,920 passing yards and 45 touchdowns with just 14 interceptions. He has thrown four more than 400 yards nine times this season and has gone for more than 500 yards in his last two games.

The Huskies have won six straight Apple Cups. They came into the last three ranked in the Top 25, while the Cougars boasted a Top 25 ranking in the last four rivalry matchups.

The rushing attack of the Huskies has fallen flat and that is needed to keep the Cougars newly found offense at bay. The problem is the offense for the Huskies is not up to the task and that means a lot of 3 and outs leading to the Cougars getting the ball against what will eventually be a worn down Huskies defense. Final Score Prediction, Washington State Cougars win, but grab the points 35-21.