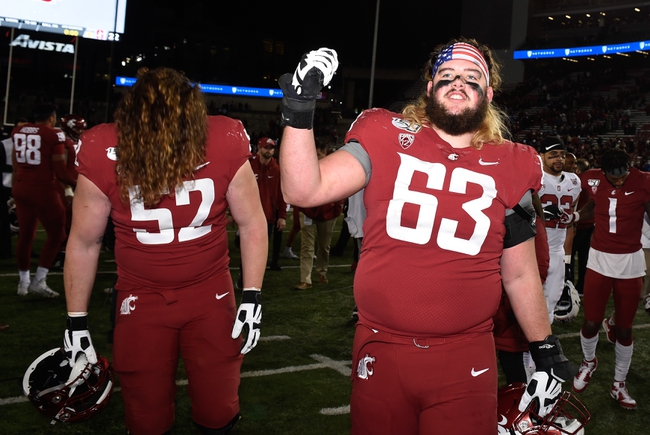 With a 5-5 record and a 4-3 mark in conference play, the Oregon State Beavers are on the cusp of becoming bowl eligible. The Beavers travel to Pullman to battle the Washington State Cougars.  The Beavers lost to the Cougars by a score of 56-37 last season, and are looking for a win in this game.

Sitting at 5-5 with a 2-5 mark in conference play, the Washington State Cougars are on the cusp of bowl eligibilty. The Cougars play host to the Oregon State Beavers.

Anthony Gordon quarterbacks the Cougars and is showing shades of his predecessor Gardner Minshew. Gordon has thrown for 4314 yards, 39 touchdowns and 11 interceptions. Max Borghi is the top running back for the Cougars and shows shades of another former Colorado prep standout, Christian McCaffrey. Borghi has ran for 696 yards and 8 touchdowns on the season and has also hauled in 60 receptions for 468 yards and 4 touchdowns.

The game here is going to be a challenge for either one of these teams. However, the Beavers are a team that has really played decent, but are also looking for revenge off of their loss last year. Look for the Cougars to put up a great fight from Gordon in the game here and that will definitely make it easier for the Cougars to win, but not cover. Final Score Prediction, Washington State Cougars win, but do not cover 35-28.