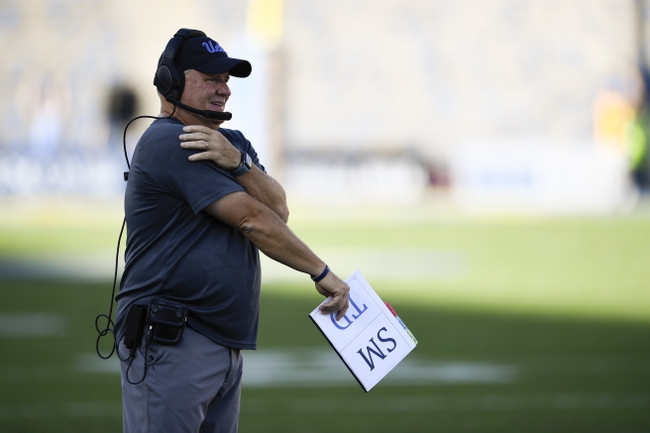 The UCLA Bruins are desperate for a victory after a rough 0-3 start to the season. The UCLA Bruins have lost five of their last six road games. Dorian Thompson-Robinson is completing 54 percent of his passes for 556 yards, five touchdowns and four interceptions. Thompson-Robinson has six touchdown passes in his last five games. Demetric Felton and Devin Asiasi have combined for 285 receiving yards and one touchdown while Jaylen Erwin has eight receptions. The UCLA Bruins ground game is averaging 78 yards per contest, and Demetric Felton leads the way with 164 yards on 38 carries. Defensively, UCLA is allowing 31.7 points and 467 yards per game. Krys Barnes leads the UCLA Bruins with 26 tackles, Odua Isibor has one sack and Jay Shaw has one interception.

The UCLA Bruins have split their last 14 games ATS when a double-digit underdog. The Washington State Cougars have covered nine of their last 12 games as a double-digit favorite. UCLA hasn't looked good on either side of the ball through three games, especially on offense where you'd think Kelly would start to have his fingerprints on this unit in his second year. Washington State was in a dogfight against Houston and has a massive road trip against Utah on deck, so this could be looked at as a trap game. Regardless, UCLA has been so bad up to this point that backing them isn't an option. It's Washington State or pass.