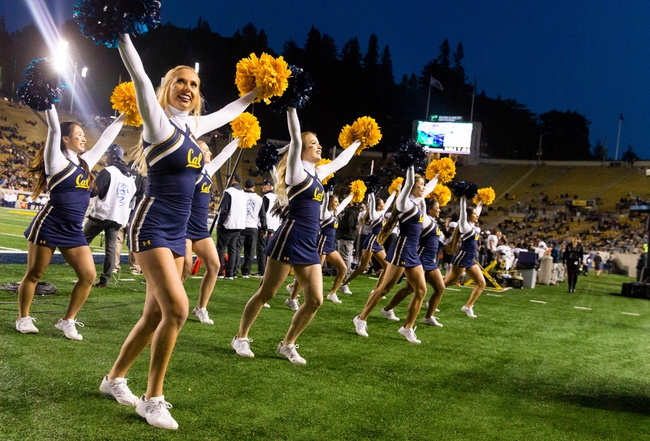 The California Golden Bears and the Washington Huskies will meet up in college football action on Saturday.

California comes into this one following an opening-week victory over the UC Davis Aggies. The Bears were up just 13-10 at halftime in that one, but played well in the second half for a 27-13 victory.

Cal’s Chase Garbers tossed for 238 yards, two TDs and one pick in the win Week 1, with Kekoa Crawford being his best target at 84 yards and two scores. Christopher Brown held down the run game for the Bears with 197 yards and a TD on 36 totes.

Over on the Washington side, they put up a Week 1 win as well, taking out Eastern Washington 47-14. The Huskies were up 28-7 at halftime there, and after 14 more points in the third quarter they never looked back.

Washington’s Jacob Eason logged 349 yards and four touchdowns in the Week 1 win, and Richard Newton had 91 rush yards with a TD. Tops in receiving for the Huskies was Andre Baccellia with 84 yards and a score off five catches.

The Bears did a lot of running in the second half of the Week 1 win and successfully chewed up the clock with some nice performances. The team has a bit of work to do in the passing game but showed some real promise there.

As for the Huskies, there’s not a lot to complain about from their opening win and I expect them to play well here. I don’t think Cal can keep up so I’m sticking on Washington in this one.