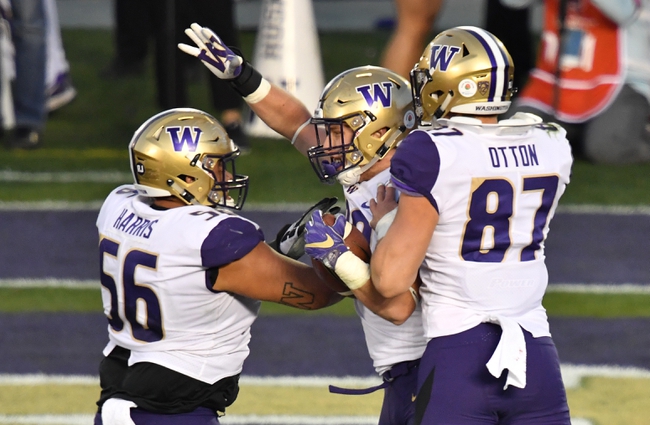 The Eastern Washington Eagles and the Washington Huskies will match up on the college football circuit Saturday.

The Eagles are coming out of a 2018 in which they went 12-3 on the season overall and 7-1 in the Big Sky. That record earned them a co-championship in the conference. Eastern Washington fell in the FCS Championship Game however, 38-24 against North Dakota State.

This year the Eagles will once again be under head coach Aaron Best, and they’ll have two new coordinators in Ian Shoemaker (offensive) and Eti Ena (defensive).

In 2018, head coach Chris Petersen will helm the Huskies in his sixth season. Offensive coordinator Bush Hamdan and his defensive counterparts Jimmy Lake and Pete Kwiatkowski will join up in their second years.

Washington comes into the season with plenty of expectations, and they’ll be fighting it out with Oregon for the North Division. Utah looms large for the Huskies, as does a potentially troublesome Stanford team.

They’ll get an interesting matchup against Eastern Washington right out of the gate here; the Eagles are projected to take the Big Sky by most pundits and should hit the ground running.

I like the Eagles to keep pace and cover here in what should be a fun game.