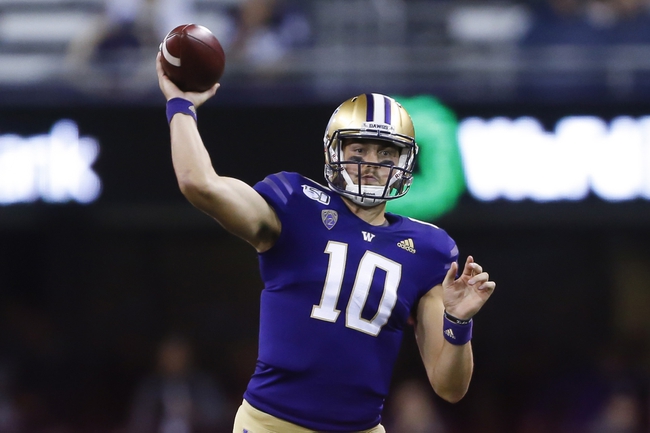 The Hawaii Rainbow Warriors and the Washington Huskies will match up on the college football circuit on Saturday.

Hawaii is sitting at 2-0 on the young season. The Warriors took a 45-38 win over Arizona in the opener then beat Oregon State 31-28 this past weekend.

In the win over the Beavers, Hawaii QB Cole McDonald went for 421 yards, four touchdowns and one pick while Miles Reed had 42 rush yards. Jojo Ward was the big receiver for the Warriors on 189 yards and four scores off 10 grabs.

Over on the Washington side, they’re 1-1 this season after beating Eastern Washington 47-14 and falling to California 20-19 over the weekend.

In the loss, Washington QB Jacob Eason had 162 yards and a pick, and Salvon Ahmed led the rush on 119 yards and a score. Hunter Bryant and Aaron Fuller each had 40 receiving yards for the Huskies there.

Hawaii has had a couple of relative close calls this year already, but the wins (and comebacks) are what’s important. Washington is going to come into this game a little shellshocked, so there could be a good opportunity here. Provided Hawaii can rein things in defensively a bit I like the Warriors to manage a cover in what should be a fun matchup to watch.