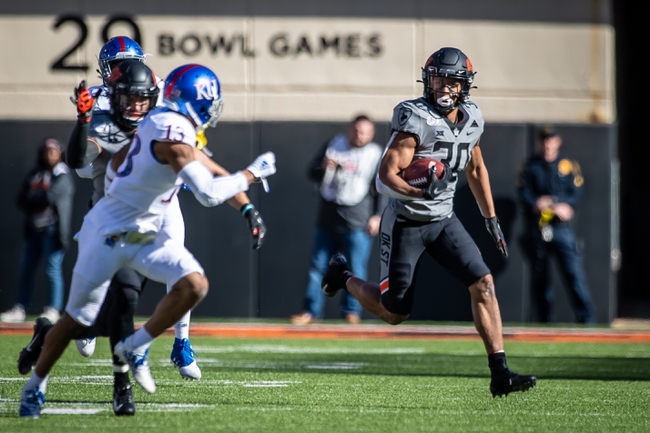 The No. 22 ranked Oklahoma State Cowboys visit Milan Puskar Stadium in Morgantown, West Virginia on Saturday to play the West Virginia Mountaineers. The Cowboys won their third straight and improved to 7-3 following a 31-6 rout of Kansas. Chuba Hubbard led the way with 122 yards rushing and two touchdowns.

The Mountaineers improved to 4-6 following their 24-20 upset of Kansas State on Saturday. Cornerback Hakeem Bailey was able to intercept a Skylar Thompson pass near the West Virginia end zone in the closing seconds of the game and seal the win for the Mountaineers. West Virginia had not scored over 17 points in the last four games that prompted a change at quarterback.

The UNDER has cashed in 4 of the Mountaineers last 5

Oklahoma continues to climb the rankings and the Big 12 standings. The Cowboys have won three straight are two back in the Big 12 standings behind Oklahoma and Baylor but are 7-3 overall and stand to earn a Big Bowl payday if they can win their final two games of the regular season, with the final one versus Oklahoma. Therefore they cannot allow this meeting with West Virginia to be a “trap game.” Final Score Prediction, Oklahoma State Cowboys win and cover ATS 35-23