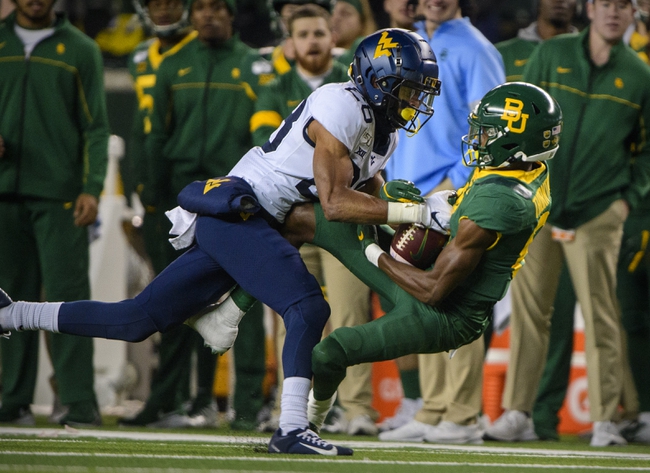 The Texas Tech Red Raiders are set to visit Milan Puskar Stadium in Morgantown, West Virginia for a Big 12 clash against the West Virginia Mountaineers. The Texas Tech Red Raiders come into this matchup with a 3-5 record, and they will be looking to rebound after dropping their recent road game against the Kansas Jayhawks, 37-34. QB Jett Duffey had a big game through the air as he connected on 23 of his 34 pass attempts for 271 yards and 3 TDs. RB Sarodorick Thompson had a solid game on the ground as he ran for 80 yards and a TD on 20 carries.

The Texas Tech Red Raiders struggled on the defensive side of the ball against the Kansas Jayhawks as they allowed them to score 37 points and rack up a total of 527 yards of offense. Junior DB Damarcus Fields led the way for the Texas Tech defense with 9 tackles, 2 pass deflections, and 1 TFL. Senior DB Douglas Coleman III was able to haul in the lone interception of the game which gives him 7 on the season.

The West Virginia Mountaineers come into this matchup with a 3-5 record, and they will be looking to rebound after dropping their recent road game against the Baylor Bears, 17-14. QB Austin Kendall struggled to get much offense generated through the air for West Virginia as he connected on 20 of his 39 pass attempts for 205 yards, 1 TD, and 1 interception. WR George Campbell was able to have a productive game for the Mountaineers as he contributed 83 receiving yards and a TD.

The West Virginia Mountaineers were solid on the defensive side of the ball against the Baylor Bears as they held them to 17 points while forcing 3 turnovers. Sophomore safety Noah Guzman led the way for the West Virginia defense with 11 tackles and 1 fumble recovery. Junior DL Darius Tills was able to get into the Baylor backfield a handful of times as he contributed 10 tackles, 3 TFL, and 3 sacks while Dylan Tonkery pitched in 2 TFL.

The West Virginia Mountaineers have not had success on the offensive side of the ball this season as they rank 112th in points scored, and the lack of a ground attack has been the problem as they are averaging 78.9 yards per game. Texas Tech has looked much better with Jett Duffey under center as he has thrown 9 TDs to 2 interceptions, and he has been supported by Sarodorick Thompson on the ground as he has 550 yards and 8 TDs. Texas Tech will dare the Mountaineers to try and run the ball, but the difference is their ball-hawking DB Douglas Coleman who has 7 interceptions on the season.