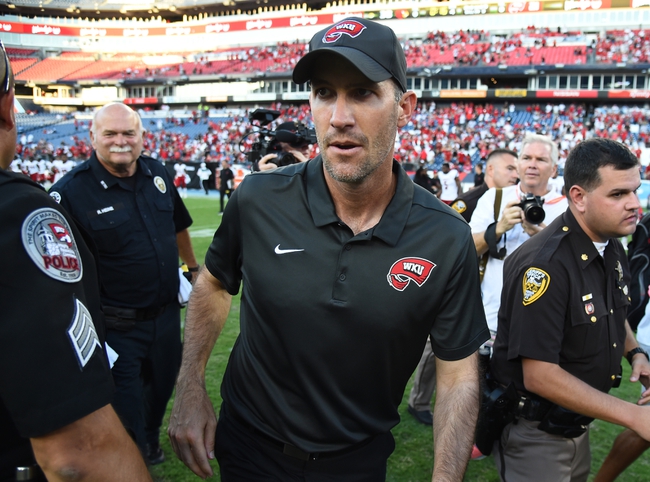 The 49ers are coming into the game here with a record that is not really the best to rely on. What makes it even worse for the 49ers is the fact that they are in the midst of a losing streak and you have to go back to the start of September to find the last win the 49ers were able to get on the year.

When it comes to the offense the 49ers have been able to do decent with 33.7 points a game being scored. The defense is giving up 41 points a game. The Charlotte squad has ended up getting a total of 189.5 yards a game in the air, but has ran the ball for 218.7 yards a game. Defensively the 49errs are giving up 180.2 yards a game, but have allowed 231.8 yards a game on the running attack.

With the Hilltoppers they have looked decent in the past 3 weeks. The team has not really dominated anyone offensively with only a high of 20 points in the games, but the defense has shown up big. The last game out for the Western Kentucky squad was a win over Army, which saw the Hiltoppers win the game by a final score of 17-8.

The 49ers have really struggled defensively and while their offense has done some good plays, they are not the dominating force that you would expect them to be. Look for that to make the difference in this game as the Hilltoppers offense is able to score, but the defense also stops the 49ers offense. Final Score Prediction, Western Kentucky Hiltoppers win and cover 23-10.