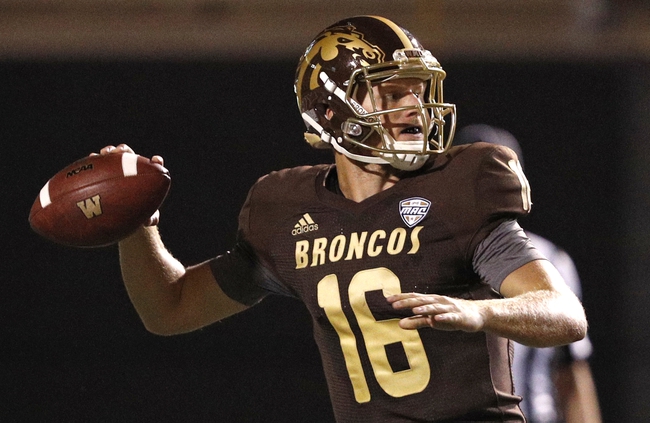 The Monmouth Hawks won eight games last year and are now 17-6 in their last two seasons, easily the best stretch for this program since winning 10 games in 2006. The Monmouth Hawks have won three of their last five road games. Kenji Bahar returns at QB after 2,626 passing yards and 20 touchdowns, and he’ll be able to lean on a running back duo of Juwon Farri and Pete Guerriero that combined for 1,942 rushing yards and 16 touchdowns. Averaging 5.8 yards per carry on the ground last year, it’s no secret what Monmouth will look to do offensively. The Monmouth Hawks return six of their top-eight tacklers from last season, including leading tackler Tymere Berry and defensive back Justin Terry, who had 13 pass deflections. A lack of consistent defense is what prevented Monmouth from winning double-digit games last season, so with so many productive players returning, this has a chance to be a more balanced team this season.

The Western Michigan Broncos are coming off a seven-win season and have to think even bigger things are ahead in the third year under head coach Tim Lester. The Western Michigan Broncos have split their last six home games. Western Michigan returns seven starters from an offense that averaged 32 points and 436.8 yards per game. Jon Wassink returns at QB after nearly 2,000 passing yards and 16 touchdowns, and he has pressure taken off him with running back LeVante Bellamy coming off a 1,228 rushing yard season that included six scores. A receiving duo of Jayden Reed, D'Wayne Eskridge and Giovanni Ricci also return, and they combined for 14 of the Broncos 20 receiving touchdowns. Western Michigan returns 10 starters from a defense that allowed 34.5 points and 386.6 yards per game. Western Michigan returns its top-eight tacklers from last season, including experienced linebackers Drake Spears and Alex Grace. Ali Fayad also returns after leading the Broncos with 6.5 sacks and Ralph Holley had 9.5 tackles for loss.

The Monmouth Hawks have won a lot these last couple of years and return most of their key players from a year ago. However, Monmouth was crushed last season whenever stepping up in competition, as they had blowout losses against Kennesaw State, Princeton and Eastern Michigan. The Western Michigan Broncos return majority of last years roster and have the ability to compete for a MAC title. With that in mind, this should be a comfortable home victory for the Western Michigan Broncos.