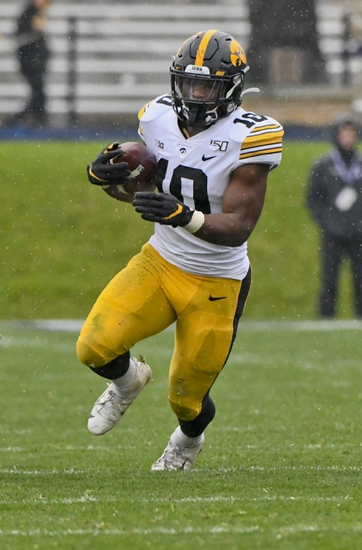 Wisconsin will look to avoid a third consecutive loss Saturday when the Badgers (6-2; 3-2 Big Ten) host the Iowa Hawkeyes (6-2; 3-2 Big Ten) at Camp Randall Stadium. Wisconsin looked like a playoff team with its stout defense and Jonathan Taylor running wild all over opposing defenses, but a shocking one-point loss at Illinois followed by a blowout defeat at the hands of Ohio State have put all playoff talk to rest.

This game does have major bowl game implications with the winner solidifying its hold on second place in the Big Ten West Division behind surprise leader Minnesota, and although the Gophers are currently undefeated, Minnesota still has games against Penn State, Wisconsin, and Iowa remaining, a trip to the Big Ten Championship Game is not even out of reach. Because of that, there is all to play for despite some recent disappointing results for both teams.

The Badgers were as dominant as any team in the nation through six weeks of the college football season. Wisconsin had outscored its opponents 255-29 in that stretch and appeared ready to challenge Ohio State for a top-four spot in the rankings. But Wisconsin appeared to look past Illinois one week before the showdown with the Buckeyes and lost 24-23 on a last-second field goal. That was followed by a 38-7 drubbing at Ohio State.

Wisconsin did have a bye week to try to recover and prepare for a tough Iowa squad and the return to Camp Randall won’t hurt. Despite two tough weeks, the Badgers are still tied for fourth in FBS in scoring defense allowing just 11.4 points per game. The offense is still effective as well, ranking No. 27 in FBS scoring 35.6 points per game thanks mainly to Taylor, who has rushed for 1,009 yards and 15 touchdowns this year and more than 5,000 yards and 44 scores in his career.

While Wisconsin’s defense has been focused upon nationally all year long, Iowa’s defense has been somewhat overlooked, even though it currently ranks third in FBS allowing just 10.1 points per game. The Hawkeyes have two shutouts this season and even held Michigan and Penn State -- the only two losses on their schedule -- to less than 20 points.

Iowa is also coming off of a bye week but it had better success the last time out, holding Northwestern scoreless in a 20-0 win. Nate Stanley led the way with 179 yards passing on 12-of-26 passing while Tyler Goodson ran the ball for 58 yards on 11 carries. Mekhi Sargent earned a rushing touchdown with 46 yards on 15 carries.

With all of that being said, it doesn’t require a lot of thought to determine where to play this game. Despite the total being just 38, this one seems a lot more like a 10-7 game than a 21-18 game. Wisconsin and Iowa have both gone under the total in six of eight games this season and one of the Hawkeyes’ games was a tie. This is the third and fourth-best scoring defenses in FBS and it just makes sense no matter how low 38 sounds. The under is the bet.