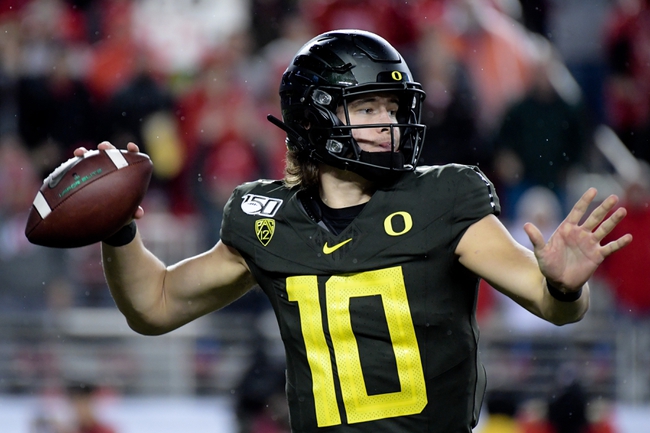 The Oregon Ducks will take on the Wisconsin Badgers in the Rose Bowl. Oregon took a slight defeat to Auburn in the first week of the season but since then Oregon has won 11 of their last 12 games on the season and just defeated Utah for the Pac 12 Championship.

Oregon’s Justin Herbert has thrown for 3,333 yards and thrown 32 touchdowns with just five interceptions. His favorite target is Johnny Johnson who has 55 receptions for 818 yards and seven touchdowns. CJ Verdell leads the rushing attack with 180 attempts for 1,171 yards and eight touchdowns. On defense, Oregon allows 329.6 yards per game. The Ducks perform well against the run but can get beat with a couple big plays once in a while.

Jack Coan has shown a lot of heart with the Badgers. He’s thrown for 2,541 yards and 17 touchdowns, throwing just four interceptions. Wisconsin relies on one of the best running backs in the nation in Jonathan Taylor. Taylor has rushed 299 times for 1,909 yards along with 21 touchdowns. He’s top three in all three categories and just missed being the Heisman runner-up. Quintez Cephus leads the team in receiving with 52 catches for 842 yards and six touchdowns on the year.

This game should become a defensive battle. There’s a lot of offensive talent but these defenses have track records. Both teams average over 440 yards of offense but these defenses won’t allow big plays on either side. Give me the points with Wisconsin. Final Score Predictions,  Wisconsin Badgers wins, 20-17.