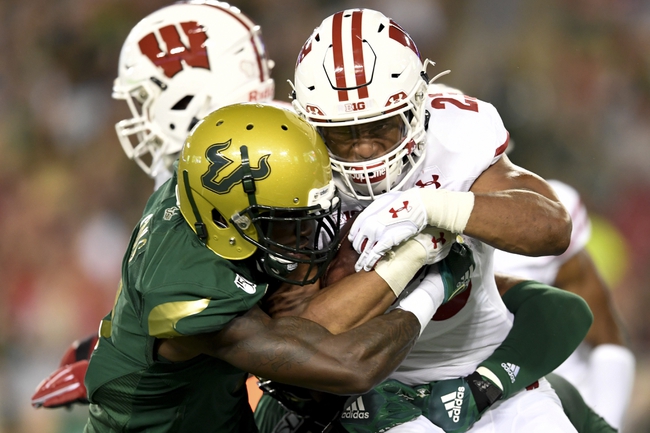 The Central Michigan Chippewas and the Wisconsin Badgers meet in a week 2 college football matchup from Camp Randall Stadium on Saturday afternoon.

The Central Michigan Chippewas will look to build on a season opening 38-21 win over Albany in their last outing. Quinten Dormady threw for 285 yards and 3 touchdowns on 27 of 37 passing while Jonathan Ward rushed for 158 yards and 2 touchdowns with his 22 carries. Tyrone Scott led the Chippewas with 93 receiving yards and a pair of receiving TDs while the aforementioned Ward had 53 receiving yards out of the backfield and Kalil Pimpleton had a team-high 8 catches for 40 yards and a touchdown. Defensively, Devonni Reed led the Chippewas with 4 tackles as CMU held Albany to 244 yards of total offense in the game.

The Wisconsin Badgers will look to build on a solid showing of their own in their season opener, posting a 49-0 road win over South Florida last time out. Jack Coan threw for 199 yards and 2 touchdowns on 19 of 26 passing while Jonathan Taylor led the Badgers on the ground with 135 rushing yards and 2 touchdowns on 16 carries. Nakia Watson added 80 rushing yards and a touchdown while Bradrick Shaw added a rushing score of his own. Taylor also added a team-high 48 receiving yards and a pair of receiving TDs bringing his all-purpose total to 4 scores while Kendric Pryor logged a team-high 4 receptions for 40 yards. Defensively, the Badgers combined for 4 sacks and 3 interceptions, including one of each from Matt Henningsen who added a fumble recovery for a touchdown. Mike Maskalunas led Wisconsin with 5 tackles as well in the winning effort.

Central Michigan and the boatload of points is where the trends point as the Chippewas have a history of competing on the road and hanging with the big boys from the Big Ten. However, Central Michigan let Albany hang around and while it may have been looking ahead to this game, I just can’t feel confident about Central Michigan against a Wisconsin team that went on the road and blew the doors off of USF. I think this is a game that Wisconsin calls the margin of victory, which is a dangerous game to play, but I’ll lay the points with the Badgers in what should be a blowout.